Want to fight like Zorro or Xena? Professional stage combat training in Calgary!

DJD is hiring a theatre technician for our upcoming production, “The Gravity Players.”

Edmonton Playwright Beth Graham has been short-listed for the 2015 Governor General’s Award in English language Drama. The Gravitational Pull of Bernice Trimble premiered at Toronto’s Factory Theatre in the 2013 – 2014 season, then received a Sterling Award-winning production, last year, by Edmonton’s Theatre Network. The Governor General’s Award winners will 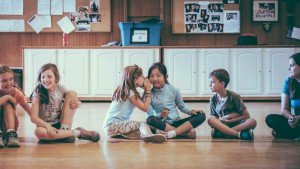 There are so many exciting things happening for @QuestCalgary. Join us to celebrate!

Nov 6-14: On the eve of Shakespeare’s funeral his widow reminisces on their life together @sageyyc