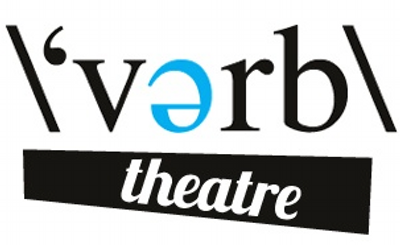 Verb Theatre is pleased to announce that we are accepting proposals from playwrights and creators for the Inaugural 2015/16 Verb Theatre Commission.

Based in Calgary, Alberta, Verb Theatre is a small professional theatre company devoted to telling cutting edge stories in cutting edge ways.  Verb’s mission is to provide audiences exposure to new theatrical forms and new conversations and to push the boundaries of theatrical storytelling into the future.  We aim to create tomorrow’s theatre today.

Verb Theatre is entering our seventh season of programming in Calgary, where we are best known for our productions of: Lungs, by Duncan MacMillan; Jim Forgetting and The Dandelion Project by Col Cseke; Marg Szkaluba (Pissy’s Wife), by Ron Chambers, and; NOISE, a musical for Deaf and Hearing Audiences.  Our award-winning artistic teams have received critical recognition for their ground-breaking work, and we look forward to this new chapter in Verb’s creation future.

Here at Verb, we’re interested in scripts that tell stories in ways that push the boundaries of what theatre can do and what theatre can be.  Often, this means we look for scripts in which the content of the play is in some way mirrored, explored or illuminated through its form and structure. We’re interested in exploring non-traditional “play” structures, the actor/audience relationship, participatory theatre, documentary theatre, and other playful styles and approaches.  We are interested in theatre that touches on contemporary conversations and ideas.

Verb Theatre is a small independent company who values professional artists. The successful playwright or creator will be engaged under a Playwrights Guild of Canada Commission contract at the level commensurate with our operational budget as per PGC standards.

The total commission fee is $5000, paid in installments as per PGC standards and upon completion of drafts of the script or project.

Who is eligible to submit:

Professional playwrights living or working in Canada with at least one production produced by a professional, PACT company or other registered theatre company.

Only successful applicants will be contacted.