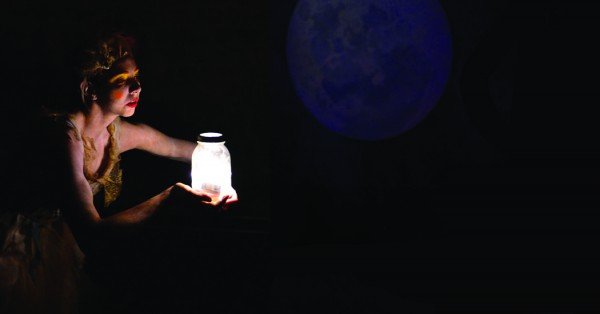 Contact the director, Dave Horak: horakbus@gmail.com with a resume and headshot ASAP. You will be contacted for a meeting and audition if needed.

Dates: Rehearsals throughout November, actors contracted through the Canadian Equity Indie 2.1 contract which allows for flexible rehearsals. Mostly late afternoons and evenings through the week and weekends for a total of two weeks spread out through November. Production previews December 2 & 3, 2015. Opens December 3 and runs through to December 13, 2015.

A Canadian Premiere Inspired by a true story, Burning Bluebeard tells the tale of six singed clowns who emerge from the burnt remains of a theatre to perform their spectacular Christmas Pantomime. This time they hope to finally reach the true happy ending of their second act and avoid the fateful fire that destroyed Chicago’s Iroquois Theatre in 1903. Promotional video of the Chicago production

Equity and Non-Equity. Actors will be contracted under the Equity Indie 2.1 contract. Some parts have been cast. Looking to cast several parts.
Please send headshots and resumes to the director, Dave Horak at: horakbus@gmail.com.

Highlight any special skills you may have, specifically looking for circus, clown, dance, acrobatic or other physical skills you may possess. You will be contacted for an audition if needed.

Fancy Clown – Either male of female. A classically trained Pierrot who displays a high status. Skilled at mime and the style of commedia.
Fearie Queen – Female, a dancer, quirky, possesses special powers, speaks into a tin can.
Henry Gilfoil – performs the villain Bluebeard in the pantomime but is truly a sensitive soul. Possibly a stilt-walker.
Nellie Reed – An aerialist and storyteller. The only performer who perishes in the fire.
Eddie Foy – A famous vaudeville comedian. A philosopher.
Robert Murray – The Stage Manager who was in charge and feels responsible for the tragedy. Wide-eyed and innocent. Performs a drag number.

Equity or Non-Equity. Must be able to work a flexible schedule through November. Please send resume and letter of interest to the director, Dave Horak: horakbus@gmail.com

Edmonton Actors Theatre is a new theatre company formed by Artistic Director Dave Horak in 2009 to focus on the actor’s art, process and training. This award-winning company produces theatre that challenges the performers and the audience and is constantly investigating the relationship between the two.
Past productions have included Fatboy, produced at the 2012 Edmonton Fringe which garnered four Sterling Award nominations, winning three awards for Outstanding Production, Actor and Director and remounted at Theatre Network’s Roxy Theatre in 2014 which garnered four Sterling nominations (Outstanding Independent Production, Outstanding Actor, Outstanding Supporting Actor, and Outstanding Costumes). Other productions have included Sam Shepard’s Cowboy Mouth, T.S. Eliot’s The Wasteland, and The Bomb-itty of Errors which recently toured Alberta as part of Theatre Alberta’s Best of the Fringe series.
Edmonton Actors Theatre specializes in bringing a multitude of performance styles and traditions to the stage: Cowboy Mouth was performed by a real-life rock and roll couple, The Wasteland combined one of the most influential poems of the twentieth-century with twenty-first century technology and The Bomb-itty of Errors blended Shakespeare with some of Edmonton’s best Hip Hop performers.