What’s On (Edmonton): BoylesqueTO presents Oh Manada! at the Fringe

What’s On (Edmonton): BoylesqueTO presents Oh Manada! at the Fringe 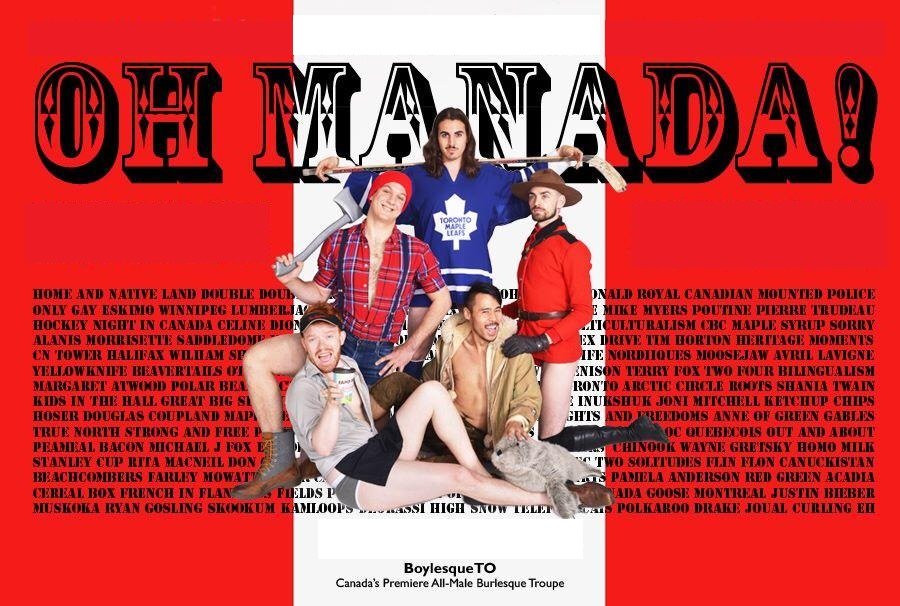 BoylesqueTO Takes It Off for the Fringe

Appearing for the first time in Western Canada, Canada’s premiere all-male burlesque troupe BoylesqueTO will perform its signature show Oh Manada! at the 34th Edmonton International Fringe Theatre Festival. In this cheeky (pun intended) cabaret revue that has been thrilling Toronto audiences since 2010, the boys of BoylesqueTO will strip down all of your favorite Canadian icons and slather them with maple syrup for your viewing pleasure. Sexy delights include:

A scandalous retelling of Roch Carrier’s The Hockey Sweater

A Lumberjack that will give you wood

And many more saucy surprises…

“Thanks to BoylesqueTO, Toronto’s been introduced to a whole new kind of sexy.” — Metro

Of course, no Oh Manada! show would be complete without our charming yet filthy hosts, Pierre and Maggie Trudeau (Johnnie Walker and Morgan Norwich of previous Fringe hits Redheaded Stepchild and Amusement). The show features a stud-studded line-up of BoylesqueTO’s core members, including Burlesque Hall of Fame 2014 performer James and the Giant Pasty, born and raised Albertan Dew Lily, the devilishly sexy El Toro, and the charmingly crass Wrong Note Rusty; plus a guest appearance by local burlesque superstar Beau Creep, and Jay Whitehead as Angel Whiteside, an original member of BoylesqueTO who now runs Theatre Outré and Club Didi in Lethbridge. Edmonton’s never seen a burlesque show quite like this!