These productions are fun for all ages.

Birnton Theatricals is excited to announce auditions for our 2015 fall season. This fall we are doing something exciting. We are looking for an ensemble of 4 actors to join us on a new adventure. We have added a Hallowe’en show this year so we are gathering a group of artists to work on it and our standard Christmas show. We will be rehearsing both plays throughout the fall with a focus on The Ghost of the Big Bad Wolf for the first half of rehearsals transferring into focusing on Santa Claus is Coming to Town in the second half. Rehearsals will take place at Stage West Calgary and will start at the end of August. The complete contract will run from the end of August until Christmas. Please see below for more information.

Birnton Theatricals mandate is to produce theatre and offer educational programming that introduces kids and young adults to the power and magic of live theatre and drama.  Our goal is to not only foster the development of beginning artists but also to excite a young generation into becoming life long patrons of the arts.

The Three Little Pigs in The Ghost of the Big Bad Wolf
It’s Halloween and the 3 Little Pigs are finally convinced that they have rid themselves of the Big Bad Wolf – that is until strange things start happening in the brick house they thought was wolf proof.  Filled with jokes, music and spooky tricks, it’s sure to be a treat for children of all ages.

Santa Claus is Coming to Town
Many years ago all of the children in the world stopped being good so Santa stopped coming to their houses on Christmas Eve. However, when one little girl behaves for the whole year, Santa has to quickly get ready to take on Christmas once again. A joyful, musical production that shows what happens when the craziness of the holiday season hits the North Pole.

Auditions will be held at a TBA location.

Please email your resume and headshot when booking an audition

Actors must be over 18

Penny Pig– The eldest of the three pigs and the builder of the brick house. She is confident, smart and creative. The show takes place in her house.
Pat Pig – The middle pig. Initially the pig who built her house out of sticks. She is nervous, misunderstood and quirky. She has a love of rock and roll.
Pam Pig – The youngest of the pigs and the original builder of the straw house. She is naive, spoiled but insecure when push comes to shove. She works hard to get noticed.
Big Bad Wolf – The Ghost of the Big Bad Wolf who begins to haunt the three pigs who got rid of him in the first place. It is eventually discovered that the “ghost” is actually the mother of the three pigs in costume playing a halloween trick on the three pigs.

Santa Claus is Coming To Town

Santa Claus – A retired version of the classic image of Santa. He is defeated, down and feeling like he has no purpose when the news comes that children are once again being good. He is long out of shape and in need of a surge of inspiration
Mrs. Claus – The current breadwinner in the family, she has taken on everything since Santa stopped making his yearly rounds. She is tired, frazzled and on edge but has all of the faith in the world in her husband and his ability to bring good to the world.
Twinkle the Elf – One of only two elves left after Santa had to lay off everyone else. She is intelligent, spunky and driven. Being stranded in the North Pole is a job but she recognizes how she is being under used.
Cookie the Elf – The other elf that Santa kept around after the layoffs. She is proud but giddy, hyper but accurate with her results and, in many ways, the opposite of Twinkle.

Note: ALL performers have to be comfortable singing, being able to move (dance) and interact with children. With the exception of Santa and Mrs. Claus, all roles are not gender specific and could be changed according to casting
Roles are not age specific but actors must be over 18.

Non-Equity Production. Payment will be on a per show basis with an honorarium for the rehearsal period. In addition, cast and crew are given access to the Stage West buffet prior to each show.

Cast will be responsible for set up (prior to house opening 2.5 hours before show) and strike of each show.

Show Schedules (Individuals cast must be available for all listed showtimes) 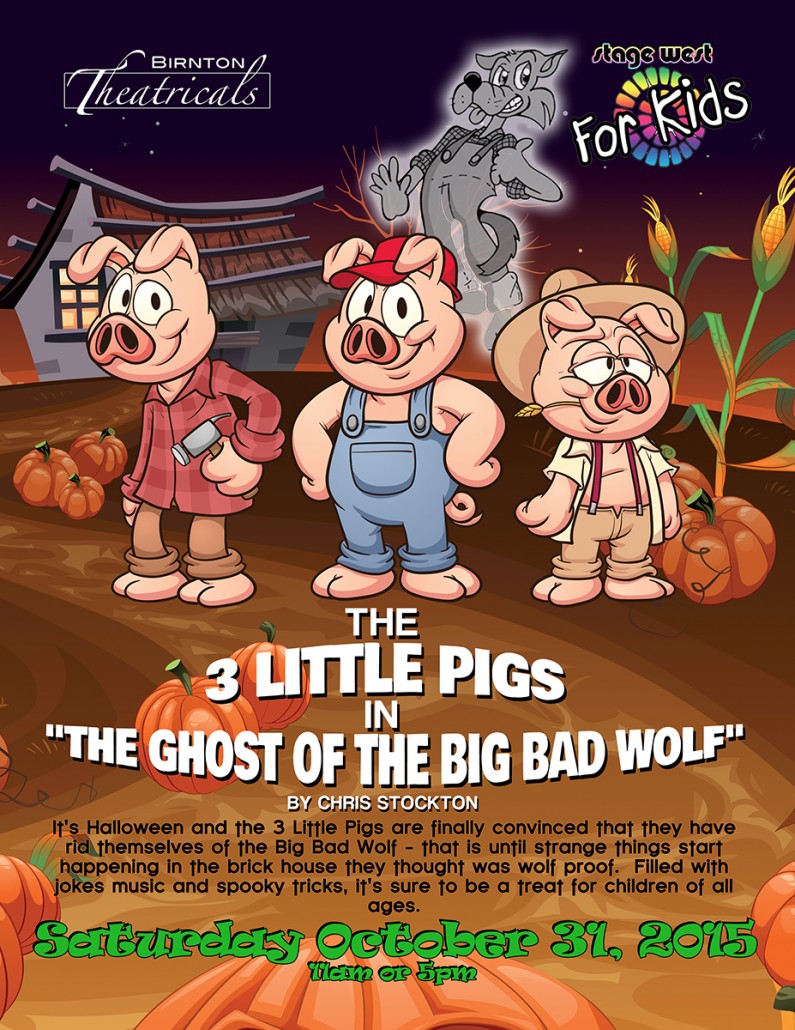