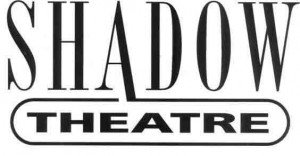 SHADOW THEATRE REVEALS A THRILLING SEASON OF SELF DISCOVERY

As Shadow Theatre takes temporary residence away from its Varscona home, it is delighted to warm up the Backstage Theatre with one of its most exciting seasons yet. It’s a collection of unexpected comedies and compelling dramas as Shadow presents four plays posing puzzles of personality and self-definition. Each play challenges their fascinating protagonists to solve the mystery of who they really are through laughter, tears and sacrifice. Click here to read a preview article in the Edmonton Journal.

THE BEST BROTHERS
by Daniel MacIvor
“CAN THIS IDIOT REALLY BE MY BROTHER?”
October 28 to November 15

A moving new comedy of motherly loss and brotherly love by one of Canada’s most celebrated playwrights. After losing their free-spirited mother in a freak accident, feuding brothers Kyle and Hamilton Best are forced to make her final arrangements together. In the bustle of obituary-writing, eulogy-giving, and dog-sitting sibling rivalry quickly reaches the exploding point before brothers begin to see more deeply into themselves, their connection and the unconventional woman who gave them life.

BRAVO
by Blaine Newton
(A world premiere)
“HOW FAR WILL I COMPROMISE IN THE NAME OF SECURITY?”
Jan. 20 to Feb. 7

A Japanese fisherman caught in the fall out of an American nuclear detonation. A dispassionate anthropologist teaching the effects of radiation on human populations. A cynical politician out to protect his country no matter what the cost. Weaving back and forth between the notorious 1954 Pacific nuclear tests and the present day, Bravo is a captivating drama that compassionately explores decisions that changed the world and their all too human consequences.

Paris has fallen to Nazi invaders and armed forces occupy a city known for its art and liberty. Under the threat of imprisonment Pablo Picasso is summoned by a calculating cultural attaché and tasked with identifying which of a collection of confiscated paintings are genuine Picassos. But is Picasso telling? A thrilling and hilarious cat-and-mouse drama about the arts of politics, culture and sex.

Winner of the Critics Award for outstanding production at the 2013 Edmonton Fringe Festival.

TEN TIMES TWO: The Eternal Courtship
by David Belke
“CAN I REALLY BE REDEEMED BY LOVE?”
May 4 – 22

Shadow Theatre’s resident playwright delivers a rollicking romantic romp through the ages. Cursed with immortality and spurred on by a mysterious host, evil doer Ephraim vows to capture the heart of the serving wench Constance after meeting her in the Middle Ages. First driven by lust and then by love he woos her repeatedly over the millennia, as she is reincarnated in an astonishing parade of unpredictable women. It’s an epic pursuit that turns into a wild and witty exploration of the heart of humanity.

****Until the re-opening of the Varscona Theatre (scheduled for May 2016) all Shadow Theatre productions will be presented at the Backstage Theatre 10330 84 Ave. (North East corner of the FTA Arts Barns)*****

To subscribe, visit us at www.shadowtheatre.org, or contact us by email at shadowtheatre@interbaun.com, or by phone at (780) 434-5564. Subscriptions are also available at Tix On The Square by phone (780)420-1757, in person (at Churchill Square) or online at www.tixonthesquare.ca