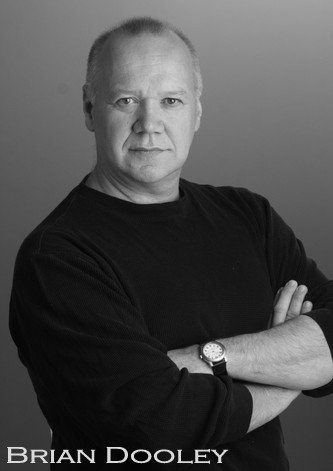 Made possible by Theatre Alberta’s Workshops by Request program.

NOTE: This workshop is intended for artists with advanced study or practical experience in their fields. It is open to actors, directors, dancers and any other artists who wish to explore new methods of performance and creation.

Do you like to meet tremendously outrageous people? Better yet, do you like to create them? This workshop will unleash the many different characters that exist inside your fantastical whims by working with character masks.

In this workshop with Brian Dooley, you will be introduced to a variety of masks and learn their transformational power as an acting and improvisational tool. You will be challenged and guided toward discovery and creation that begins from the outside appearance and enlightens the inner heartbeat of your character.

To register, e-mail info@swallowabicycle.com with your name and phone number.

Based in Edmonton, Brian Dooley is the Director of Play Development at The Citadel Theatre, and is also Directeur artistique et général of L’UniThéâtre, Alberta’s only professional French language theatre. He’s been an actor, writer, director, producer and teacher for over thirty years and has been involved in the development of new plays for a variety of companies across the country, including Playwrights Workshop (Montréal), Factory Theatre (Toronto), The Banff Playwrights Colony, The National Film Board of Canada and Montréal’s Le Centre des Auteurs Dramatiques (CEAD). While a student at the National Theatre School of Canada, Brian developed a passion for mask work and ultimately wrote and directed the acclaimed NFB film “Pierre Lefebvre: On Acting”. Brian has gone on to teach Acting, Mask and Directing at NTS.

As an actor, Brian has won Dora Mavor Moore, Betty Mitchell and Sterling Awards and nominations for his work in such plays as The December Man and Who’s Afraid of Virginia Woolf. For the screen, he received a Gemini nomination (Best Supporting Actor) for “The Boys of St. Vincent” and, for CBC’s “The Beat,” he won an AMPIA (Alberta Motion Picture Industry Awards) as Best Performer and for Best Production Under 60 Minutes. As a producer and V-P (Creative) for Great North Productions, he was involved in the development and production of several television series, including “The Things We Do For Love,” “Who’s On Top” (Life Network), “The $100 Taxi Ride” (National Geographic),” The Canadians” (HISTORY Television) and “Jake and the Kid” (Global). He has also produced work for Discovery Canada, Discovery Health, The Food Network, BBC, TLC, S4C, CBC and CTV.