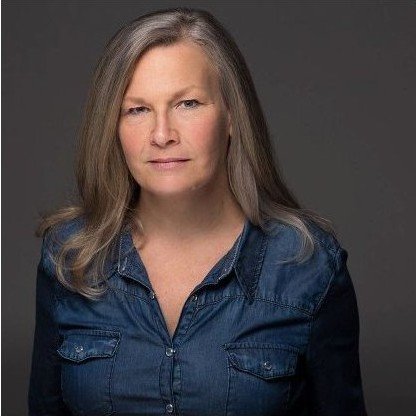 Niagara-on-the-Lake, ON (March 10, 2015) — The committee of the Gina Wilkinson Prize is pleased to announce the 2015 recipient of the annual prize is Valerie Planche of Calgary, Alberta. The announcement came on March 10 – Gina’s birthday.

Ms. Planche was chosen from a list of 16 nominees from across Canada. “Like all the applicants, Val is an artist that is striving to expand her creative life,” says Tom Rooney, committee member. “She’s at the mid-point of a transition; having spent many years as an actor, she is now courageously seeking out a variety of theatrical opportunities that will allow her to unleash her voice as a director. We hope Gina’s Prize will help her during, what can sometimes be, an arduous journey – particularly for women in this country.”

“I am deeply appreciative of this award. In this career of mine, I wrestle – as do many women – to find my voice and a place to practice while staying true to my course as a director, actor, wife and friend. Gina once said to me: ‘Nobody knows. Wrestle away,Val! It’s worth it. It’s the only way.’ It meant everything to me to have her understand how I was feeling,” said Ms. Planche. “This award will help me continue my exploration of what this flesh can do on the stage; how it connects and creates meaning. I am so humbled and grateful to the jury for this choice and to be nominated with these women. It’s encouraging and inspiring.”

The Gina Wilkinson Prize honours a Canadian female theatre artist who is transitioning from one theatre discipline (acting, stage managing, playwriting, administration, etc.) to directing. The Prize pays tribute to actor/playwright/director Gina Wilkinson whose dedication, vision and indomitable spirit imbued her work and her life. An actor for over twenty years, Ms. Wilkinson began turning her attention to both writing and directing and, in the last few years of her too-short life, established herself as a daring, strong, inventive director and collaborator in the Canadian theatre community. In the spirit of Ms. Wilkinson’s appetite for life, the annual prize of $5,000 is a gift to be used in any way the recipient chooses. Past recipients of the Gina Wilkinson Prize include Ann-Marie Kerr of Halifax, Krista Jackson of Winnipeg and Christine Brubaker of Toronto.

“On behalf of the committee, I would like to thank all the nominators and nominees”, said Mr. Rooney. ”The list of strong, creative and determined women working in theatre across the country is truly inspiring.”

The Gina Wilkinson Prize was established through the generous support of Gina’s colleagues and admirers from across the country and the committee extends its heartfelt thanks. Through this generosity, the spirit of Gina lives on.

The committee would also like to thank Alan Walker and the Ontario Arts Foundation for their administration of the Gina Wilkinson Prize. Anyone wishing to donate may do so at www.ontarioartsfoundation.on.ca.