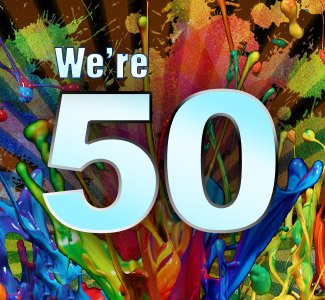 Many of Edmonton’s finest theatre artists will be front and centre in the Citadel Theatre’s 2015/2016 Season, officially unveiled Monday evening at a reception in the Citadel’s Club venue. The Citadel also is partnering with other renowned theatres across the country in staging world class Canadian productions in the coming season.

The season opens with a blast on September 19th with Rick Miller’s visually stunning, performance/multi-media extravaganza BOOM. Miller, who wrote, directed and stars in this one man tour de force performance, provides audiences of all ages a mind-blowing review of the turbulent years of the post-war Baby Boom.

The Citadel partners with the acclaimed Charlottetown Festival in presenting a thrilling new Canadian musical of truly Broadway proportions. Evangeline takes the Shoctor stage October 31st after a four-week run in Charlottetown. The book, music and lyrics for Evangeline were created by St. Albert native Ted Dykstra. The Citadel’s Bob Baker will direct the production. Josée Boudreau, a graduate of the Citadel/Banff Centre Professional Theatre Program, will play the lead role of Evangeline.

“Josee is a shining star in Canadian theatre,” said Baker. “At the Citadel, audiences loved her luminous performances as Maria in Sound of Music and Belle in Beauty and the Beast. Her authentic Acadian spirit and incredible talent will enliven the heroic character of Evangeline.”

Boudreau herself is excited about the new role. “”The Story of Evangeline has always been a source of hope and inspiration for the Acadian community. Having the opportunity to play this amazing role will be a defining moment in my career. Words can’t express how honoured I am to be a part of this Canadian-made production.”

A cast of much loved Edmonton actors, led once again by James MacDonald as Ebeneezer Scrooge, will assemble on the Maclab stage November 28th for the 16th annual performance of Tom Wood’s adaptation of A Christmas Carol. Last year the show achieved record sales, underscoring how much this Citadel classic has become an enduring Yuletide tradition in the city.

A tribute to a great Canadian bard comes to the Maclab stage January 13th. Chelsea Hotel: The Songs of Leonard Cohen is a critically acclaimed musical production by Vancouver’s Firehall Arts Centre. The show features six performers playing seventeen instruments in extraordinary new arrangements that give new life to an array of much-loved Cohen classics. Chelsea Hotel was created and is directed by former Edmonton resident and playwright, director and actress Tracey Power.

The Citadel pays homage to its beginnings 50 years ago in a new production of Edward Albee’s Who’s Afraid of Virginia Woolf? The play was the very first Citadel production when the theatre opened in November 1965, a testament to the audacious and canny insight of Citadel founder Joe Shoctor. James MacDonald will direct the production and prominent Canadian actors Brenda Robins and Tom Rooney will star as Martha and George. Who’s Afraid of Virginia Woolf? will preview on the Shoctor stage January 23rd.

Three very talented young men, all of whom once called Edmonton home, are coming to the Citadel via Buddies in Bad Times Theatre in Toronto to present their funny and thought-provoking Gay Heritage Project. Damien Atkins, Paul Dunn and Andrew Kushnir find diverse ways to approach a simple question: Is there such a thing as gay heritage? The result is a frequently hilarious tribute to the courageous people who pioneered greater civil rights and acceptance around sexual orientation. Gay Heritage Project previews in The Club February 10th.

The best of Edmonton’s theatre talent will form the cast of Alice Through The Looking-Glass when this exhilarating fantasy for the whole family previews on the Shoctor stage February 27th. The Citadel is producing James Reaney’s adaptation of the Lewis Carroll story in association with the Stratford Festival and Canada’s National Arts Centre (NAC). The production will be directed by Jillian Keiley, artistic director of English Theatre at the NAC in Ottawa.

The highly acclaimed American comedy drama Other Desert Cities will be directed by Tom Wood in a Citadel production that previews April 9th. This intelligent play by Jon Robin Baitz was a finalist for the Pulitzer Prize for Drama (2012) and a multiple nominee for Tony Awards that season. It tells the story of the reunion of an elite Republican family in California. All unravels over the daughter’s determination to publish a memoir of family secrets.

The 50th Anniversary Season will conclude in grand style with one of the greatest musicals of the 20th century, West Side Story. Bob Baker directs this legendary love story set amidst gang violence in New York. Rich in dance and music, the conception and choreography of West Side Story is by Jerome Robbins, the book by Arthur Laurents, music by Leonard Bernstein and lyrics by Stephen Sondheim. The cast will be made up of participants in the 2016 Citadel/Banff Centre Professional Theatre Program.

Adding to what is already a rich and diverse season at the Citadel, the theatre last week announced its Made in Edmonton Cabaret Premieres, a series of six special Anniversary productions in The Club involving a variety of artists and theatre organizations in the city. Featured artists and creators include the Don Berner Big Band, Rapid Fire Theatre, singer Krystle dos Santos, Send in the Girls Burlesque, Joel Crichton, and Catch the Keys. The Cabaret Premieres will be held throughout the 2015/2016 season. Meantime, the Citadel will announce its 2015/2016 Beyond the Stage program later this spring.