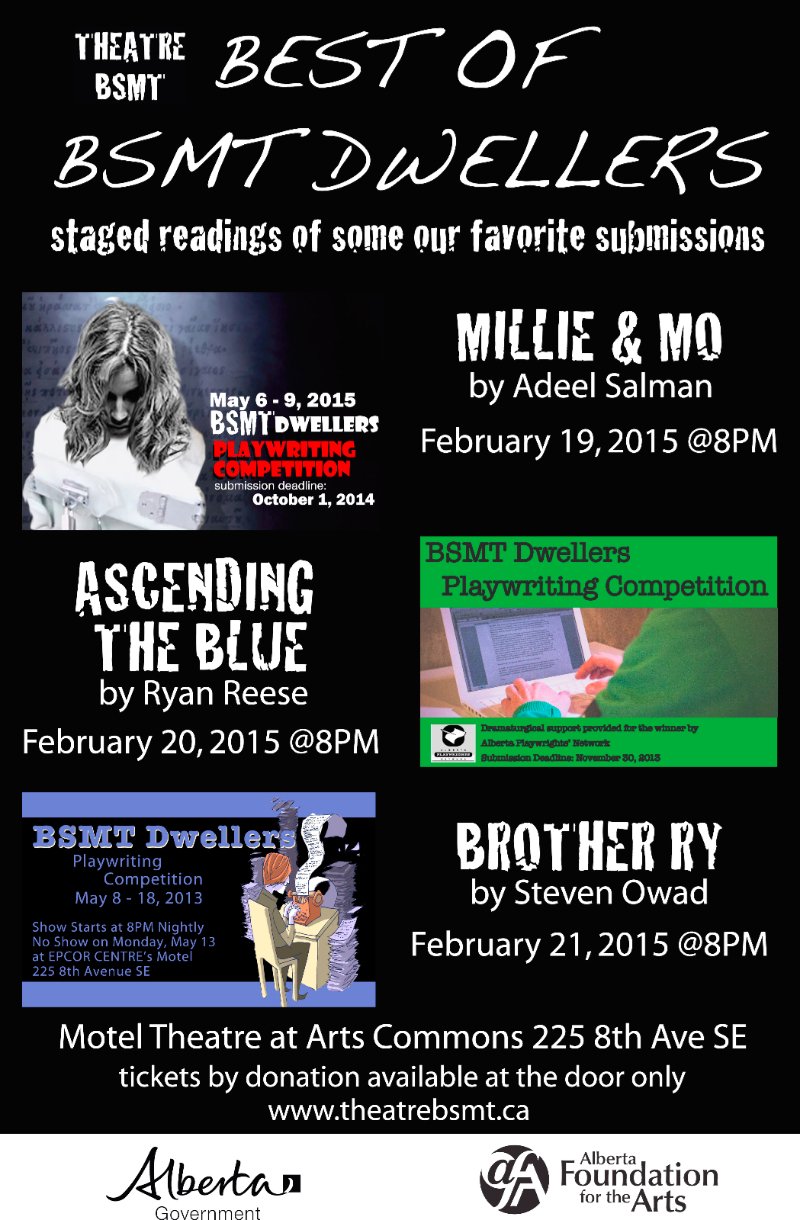 Theatre BSMT cancelled their second show of our 2014/15 season Flesh & Ghost due to lack of funding and have replaced it with a play reading fundraiser, The Best of BSMT Dwellers. We will be featuring three shows that have been entered into our BSMT Dwellers Competition that we really loved but did not produce. These shows are:

Millie and Moe is about afterlife and death. It deals with how the rational mind tries to justify, understand and respond to these concepts. It is the story of two young women who have just died and are experiencing afterlife.

Millie and Moe was submitted to the 2014 BSMT Dwellers Playwriting Competition. The play was developed under the mentorship of Lucy Thurber in New York. It has gone through several rewrites and two readings done at Cannon Theater and Dixon Place, New York.

At the climax of the American Civil War, a seasoned war fighter and a young French Canadian endure one of the bloodiest conflicts to ever take hold of North America. As they prepare to face the enemy, their interactions and observations of one another begin to reveal that their destinies are on a collision course.

Steven Owad was the winner of our 2013 BSMT Dwellers Playwriting Competition for his script The Basement Boys which won Best New Script at the 2014 Critter Awards. The Basement Boys also received 3 other nominations at the 2014 Critter Awards including Best Director (Chelsey Fawcett), Best Supporting Actor (Dj Gellatly), and Best Actor in a Leading Role (Greg Wilson).

Readings start at 8PM at the MOTEL in the Arts Common – 225 8th Ave SE. Tickets are by donation and sold at the door only.