Pyretic Productions in association with Alberta Aboriginal Arts and the Rubaboo Festival,
as part of the Arts at the Barns Presentation Series, presents the world premiere of 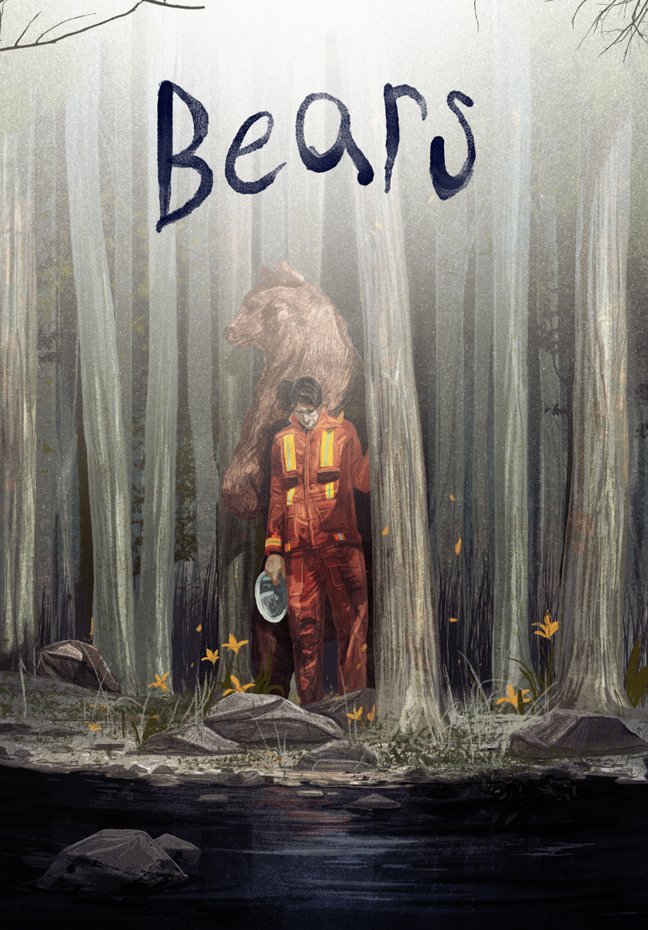 A multi-disciplinary comedy about the Northern Gateway Pipeline Bears asks, ‘what the hell we think we’re doing here in Wild Rose Country?’

If there’s one thing Floyd loves, it’s bears. Maybe he’ll take in an orphaned cub, maybe he’ll hunt poachers, maybe he’ll make art installations out of their shellacked droppings – it doesn’t really matter so long as it involves bears. But as the prime suspect in a workplace accident, Floyd has to get out of town fast. Pursued relentlessly by the RCMP in a Big Oil sponsored manhunt, he heads through the Rockies for Kitimat, B.C. By the time he reaches the Great Bear Rainforest, Floyd has experienced changes – his gait widening, his muscles bulging, his sense of smell heightening…

Few issues facing Albertans are attracting as much attention as the Oil Sands and the proposed expansion of their exploitation. With the planned Northern Gateway Pipeline pumping bitumen west from the Capital Region, Bears seeks to increase dialogue about such a massive project in Edmonton, and the individuals it affects.

In 1841 MacKenzie’s great, great, great Grandmother Kisiskaciwan passed through Edmonton. For three days, as her party stocked up on supplies, she sat by the river—her namesake, and cried. An Englishman recorded in his account of the journey that Kisiskaciwan had the same veneration for the North Saskatchewan as those of the Hindu faith do for the Ganges. This historical account and his aboriginal ancestry lead MacKenzie to write Bears.