The Board of Directors of Walterdale Theatre are delighted to introduce Walterdale’s next Artistic Director for the 2015/2016 and 2016/2017 theatre seasons – Anne Marie Szucs. Anne Marie has been actively involved in the community and independent theatre scene since moving to the Edmonton area in 2006. Her range of

ALICE DANS LE MONDE À L’ENVERS Touring schools in Alberta from February 23rd, 2015 to March 27th, 2015 A play by Isabelle Rousseau, produced by L’UniThéâtre This year L’UniThéâtre revisits « Alice in Wonderland », a classic of children’s literature. A story that is as enthralling today as in the 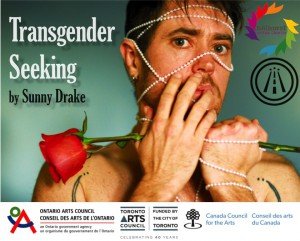 Don’t miss this ONE-NIGHT-ONLY hilarious and poignant show about the confessions of a queer romance-a-holic! Saturday, January 17th at 7:30pm At Hillhurst United Church – 1227 Kensington Close NW $15 Online (Advance Tickets) $20 Cash at the door Tickets On Sale Now: http://www.brownpapertickets.com/event/1001900 *SOLD OUT shows in Europe, the USA