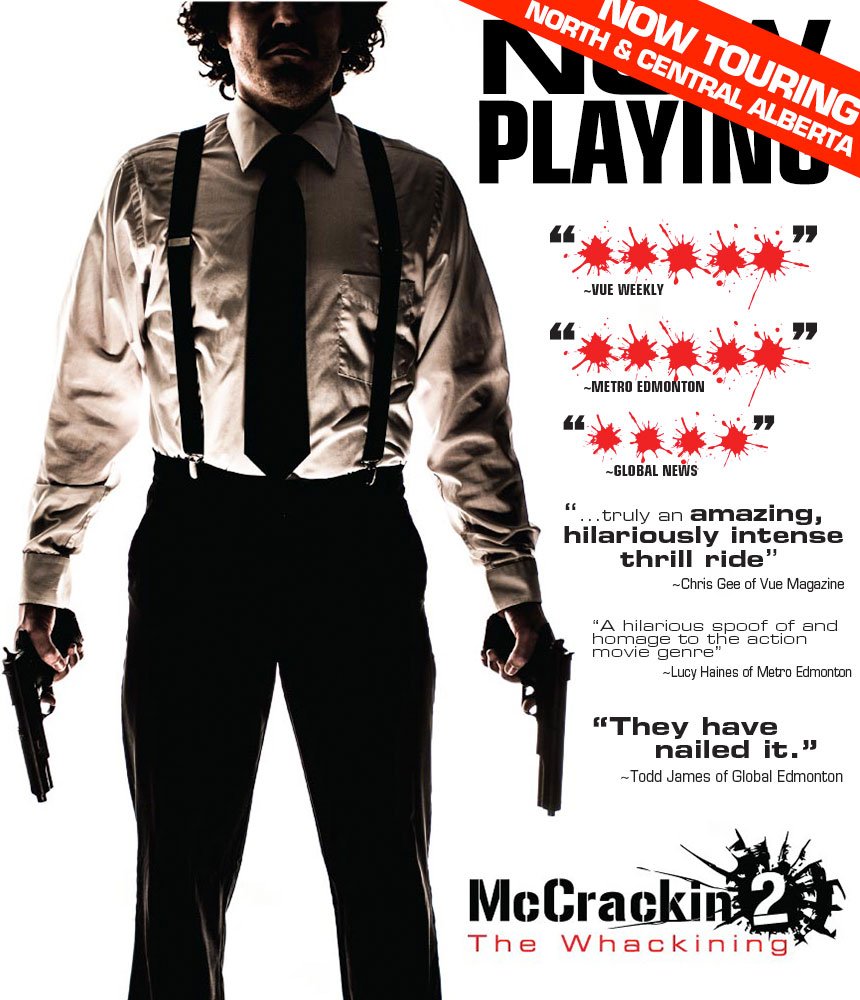 The Accidental Humour Co. and their production of McCrackin 2: The Whackining by Amos Altman begins the first Picks of the Edmonton Fringe Alberta tour on November 4th. The production will tour to venues in five communities in total in North and Central Alberta, including Whitecourt, Edson, Camrose, Fort McMurray, and Daysland.

This inaugural tour marks the beginning of a touring theatre stimulus project intended to promote Albertan theatre productions and artists to presenters in smaller and rural communities in our province. This project is designed to have a direct growth impact on the theatre industry, both in terms of increased longevity for Alberta theatre productions and the artists they employ, as well as providing opportunities for audiences outside Edmonton and Calgary to see a variety of professional theatre works and artists in their own communities.

McCrackin 2: The Whackining is scheduled to tour to five communities over seven days during November 2014. This production has the potential to be viewed by 1,301 audience members that would not normally have the opportunity to see professional theatre without having to travel outside of their communities. It is also exciting to note that all the venues that have booked this production have booked at least one other show from the Picks of the Edmonton Fringe 2014/2015 lineup.

We would like to thank and profile the presenters that have booked the Accidental Humour Co. to present to their communities. Click here for the McCrackin 2: The Whackining show dates, locations and ticket information.

The Whitecourt & Woodlands Performing Arts Society is a registered non-profit organization in Whitecourt that aims to:
1) promote and enhance arts & culture in the area, and
2) help raise funds for a performing arts centre.
The Society has partnered with long-time Theatre Alberta group member The Pumpjack Players to present two productions from the Picks of the Edmonton Fringe. Tickets are available at the door (Hilltop High School Ampitheatre.)

Chautauqua Edson Arts Council is an organization dedicated to bringing quality, unique Canadian acts to Edson audiences. The group was incorporated as a society in 1982 to provide professional entertainment to Edson and district. The organization is offering all three productions from the 2014/2015 Picks of the Edmonton Fringe lineup – $50 for the series, or $20 per each show. Click here for tickets or call 780-723-6224. 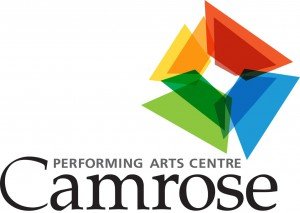 Performing Arts Centre Camrose officially opened its doors October 1, 2014. This brand new facility seats 572 in the Cargill Theatre, and is home to the Mayer Family Community Hall, a multi-purpose space suitable for many different kinds of events. The Theatre is home to the largest integrated photovoltaic array, (solar panels providing electrical power), in Canada and is the only theatre in North America using fully LED stage lighting.

The theatre will provide a suitable a professionally managed presentation space for touring companies and will provide much needed access for local community groups, a thriving dance community along with a presented annual series. Camrose Performing Arts Centre is offering all three productions from the 2014/2015 Picks of the Edmonton Fringe lineup. Click here for tickets or call 780-608-2922

Keyano Theatre Company‘s new Stage Two Series is an “up close and personal “series featuring local community productions and selections of touring plays from across Alberta performing in the Keyano Recital Theatre.

An intimate and edgy series for both performers and audiences, Stage Two aims to complement the leading Keyano Theatre Company 4-Play Drama Series that has been performing on Keyano Theatre’s main stage for the past 35 seasons. Keyano Theatre is a long-time member of Theatre Alberta.

Keyano Theatre’s Stage Two Series is offering all three productions from the 2014/2015 Picks of the Edmonton Fringe lineup. Click here for tickets or call 780-791-4990.

The Daysland Palace Theatre was built in 1952 and operated as a movie theatre until 1996, when the original owners wished to retire. In 1999 the Town of Daysland purchased the building and DaysArts was formed as a not for profit society to maintain and operate it. In the spring of 2001, the organization installed a roll up screen and built a stage to accommodate live theatre and concerts, as well as movies.

Click here to learn more about the Picks of the Edmonton Fringe theatre touring stimulus project and to find out more about bringing an element of the Fringe to your community!

The Picks of the Edmonton Fringe tour stimulus project is a joint presentation of Theatre Alberta, the Arts Touring Alliance of Alberta (ATAA) and Fringe Theatre Adventures. This project has been supported by a grant from the Alberta Foundation for the Arts.