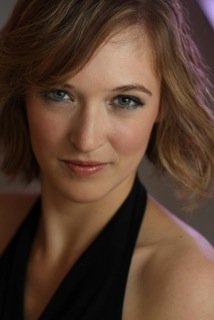 What: November Edmonton Scene Study
Who: Grindstone Theatre WITH SPECIAL GUEST LIZ HOBBS
Where: Sun and Moon Visionaries, 10125 97 Avenue
When: Sunday, November 2nd, 2pm-4pm
*Please email briannejang@gmail.com to RSVP if you are able to attend.

Liz Hobbs is an Edmonton-based director, actor and theatre creator. She is a founding member and the Artistic Director of Punctuate! Theatre, as well as the Associate Artistic Director of Theatre Prospero. During the summers she is the festival programming coordinator of the Edmonton International Fringe Theatre Festival. She is a University of Alberta graduate with a double major in Drama and Psychology. Liz divides her time between devising and dramaturging new plays, directing established scripts, acting and stiltwalking for various productions and festivals, and directing and teaching students in Theatre Prospero’s residency programs.

Selected directing credits include “The End of Civilization”, “Judith”, “An Evening with Satan”, “Scars are Healing Wrong”, “Vice Re-Versa”, “Dirt” (Punctuate! Theatre), “Macbeth”, “A Midsummer Night’s Dream”, “A Christmas Carol”, “The Wizard of Oz” (Theatre Prospero), “The Secrets of Immortality”, “Tristan and Isolde” (Serca Festival), “13 Encounters and Fish at the Bottom of the Sea” (NextFest). Previous acting credits include “A Midsummer Night’s Dream”, “The Tempest”, “Macbeth”, “Romeo and Juliet” (Theatre Prospero), “The Silence Project”, “An Evening with Satan” (Punctuate! Theatre) and “Dead Centre of Town” (Catch the Keys). Coming up, Liz is delighted to be assistant directing the Citadel’s production of “Venus In Fur” and then directing “Featuring Loretta” and “Criminal Genius” for Punctuate! Theatre’s repertory production of all six of George F. Walker’s Suburban Motel plays.

Edmonton Scene Study is for emerging and professional theatre practitioners (actors, directors, playwrights…) to share in the reading of plays.
The world of theatre is so rich and vast that we should be encouraged to explore it. Not only does the play come to life as we read it aloud, it broadens our knowledge of theatre, our skills in cold reading and warms the relationships we have in this theatre community. All theatre lovers are invited to join the group, enjoy meeting fellow artists, and share a scene from a play.