Menu
*Ed. Note: As part of our online component to All Stages Magazine Fall 2014 edition on Audience Engagement, we are publishing a three part interview series by Tracy Carroll, exploring how some Edmonton Artistic Directors are programming to expand their company audience bases. Part one (below) features Fringe Theatre Adventures Program Director Murray Utas. Click the links for Part two and Part three.

Raising [the] Capital: Expanding the Edmonton Audience (Part I)
by Tracy Carroll

A gem in Edmonton is Fringe Theatre Adventures. It not only hosts hundreds of plays in and out of venues throughout the Old Strathcona district each summer at the Edmonton International Fringe Festival, but also programs a season of plays during the theatre season.

But are the same people who attend the festival also seeing shows in the Arts in the Barns Presentation Series?

Program Director Murray Utas tells me that no, there is very little crossover between the Fringe audience and the season. Utas notes that over the years the Arts in the Barns Series has struggled to find a strong identity, and moving forward he wants to introduce some new elements by developing three pillars for Fringe Theatre Adventures: a Mainstage Series, an Event Series, and a Professional Development Series. They want to invite the community in for these events in order to bring audience awareness to the company apart from the huge ten-day festival.

The plan is to keep the Mainstage Series of presented plays and animate an Event Series with musicians, festivals, and cabarets—an area where Utas feels new audiences will really be drawn in.

With the third pillar, Utas is trying something new by programming workshops, intensives, and co-presenting events with other theatre companies, in an effort to connect with youth, theatre lovers, and professional theatre artists.

Utas believes that audiences want to “be involved more than just watching the show.” So, in order to engage theatergoers, he wants to create a buzz about the new series reflective of what happens at the Fringe Festival every summer. He believes that “the art will hold up its end of the bargain; once the audiences get to the theatre I want to make sure there’s some good content.” 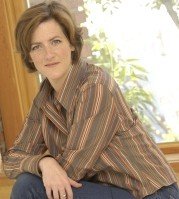