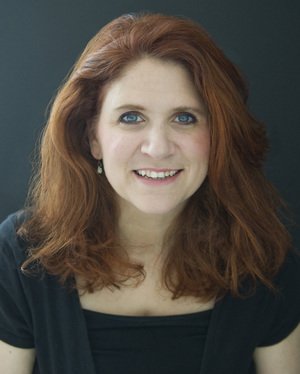 Lunchbox Theatre’s RBC Emerging Director Program is an extraordinary program, supported by the RBC Foundation, which affords a special opportunity to Calgary theatre artists. It invites theatre practitioners who are either in the initial stages of their professional careers, or looking to shift the focus of their professional career, to advance their directorial talents and artistic skills through a combination of mentorship and hands-on experience.

” When trying new things, it is sometimes wise to do it in the safety of your own home. Barbecue salmon, knit, ride a unicycle; all new things I have tried in my home. So when it comes to exploring directing, I am happy to do it in a theatre that feels like home. I have been lucky enough to perform in over a dozen shows at Lunchbox Theatre, and have work-shopped many scripts for the Suncor Energy Stage One Festival as well. My own Improvisation Company, Dirty Laundry, has called Lunchbox home for 5 years now, and the first play I saw in Calgary years ago was at Lunchbox Theatre. (It starred my future husband, I just didn’t know him then!) All that, and the audiences and volunteers at Lunchbox Theatre are some of the warmest and wisest there are! After 40 years, these audiences have seen more theatre in this city than anyone!

As the RBC Emerging Director for 2014, I not only get to direct a showcase piece at the end of the season, but I’ll be learning from the current, and three previous Artistic Directors who have made Lunchbox one of the most successful and longest running noon hour theatre companies in the world; Mark Bellamy, Glenda Stirling, Pamela Halstead, and the original founders, Bartley and Margaret Bard!

Having worked with all of these fine people as an actor, I am beyond excited to learn what makes them tick so brilliantly, from the ‘other side of the table’.

Lunchbox is 40 years old. I first worked with them 16 years ago. I have performed in 13 shows here, I am 48 years old, and the average brain weighs three pounds. You do the math.