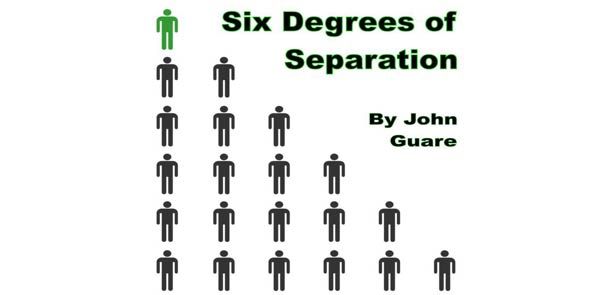 Six Degrees of Separation Characters (all ages are flexible by 5+ years in either direction):
Paul: Mid-late 20’s, African American, charming, a gifted storyteller. He claims to be the son of Sidney Poitier and knows how to behave in upper-class society. Articulate, intelligent, passionate.
Ouisa Kitteredge: 40’s, Caucasian, rich, attractive. Married to Flan, resides in New York, a stylish hostess and great conversationalist. She addresses her constant concern over appearances with dry humour and wit.
Flan Kitteredge: 40’s, Caucasian, rich, attractive. An art dealer. His passion for art has lost its shine, but his desire to retain the wealth and cache of his profession outweigh his discouragement. He is composed and dignified.
Geoffrey: 40-65, Caucasian, a liberal South African billionaire. Interested in the finer things such as art and the civil unrest of his country. Refined and experienced with the world.
Kitty: 40’s – early 50’s, rich. Wife to Larkin and a society friend of Flan and Ouisa, eager to share gossip and impressed by fame.
Larkin: 40’s – early 50’s, rich. Husband to Kitty and a society friend of Flan and Ouisa, kind but concerned with outward appearances.
Dr. Fine: early 40’s, divorced, tired. Protective of his high end way of life as a New York obstetrician, guilty of mistrusting those he considers beneath him.
Rick: 20’s, recently moved to New York from Utah with his girlfriend. Idealistic, wants to be discovered and be an actor, naïve to the world outside of Utah, open to influence.
Elizabeth: 20’s, recently moved to New York from Utah with her boyfriend. Less naïve than Rick but new to the world of the city, also wants to be an actor. A dreamer, optimistic.
Trent: mid to late 20’s, gay, clever, cunning. He uses what he knows to get what he wants. Teaches Paul how to blend with the upper class in exchange for his affection.
Tess: mid to late 20’s, clever, embarrassed by her parents. The Kitteredge’s rebellious daughter, she is mostly snarky and wants to run away to climb mountains to spite her parents.
Doug: early to late 20’s, son to Dr. Fine. Quick temper when it comes to his father, sensitive to the implication he may or may not be a drug dealer. Ivy League educated and angsty.
Woody: early to late 20’s, son to Flan and Ouisa. Attends Harvard and enjoys fitness and going to the gym. Considers his parents to be generally uncool.
Ben: early to late 20’s, son to Kitty and Larkin. Attends Dartmouth, basically horrified by how repressed and out of touch his parents are.
Hustler: Mid 20’s+, gay (at least tonight), tough, from the streets. Does what he need to do to get paid, will get violent if threatened.
Detective: 30’s+, New York beat cop, generally unimpressed.
Policeman/Doorman: Mid 20’s+, civil servants who can only endure so much of these rich folks and their problems before they speak up.

Synopsis
Inspired by a true story. The play follows the trail of Paul, who introduces himself into the lives of a wealthy New York couple trying very hard to keep from falling through the upper-crust. Paul has just been mugged, and happens to be the son of the acclaimed actor Sydney Poitier. Upon taking the charming young man into their home, Flan and Ouisa quickly discover that things with their houseguest may not be what they seem. When Paul vanishes, his impact on their lives manages to linger.
Heralded as a “tragicomic masterpiece” and the “most intelligent, immediate and artful American plays”, Six Degrees of Separation provides an entertaining and at times uncomfortable display of life in the big city, asking us to examine the importance of appearances and how we are connected to each other – and what those connections truly mean.

How to book an audition:
Contact Production Manager Janet MacLean at janmarmcl@hotmail.com to book a time. Time slots will in groups and are based on availability. Please bring full availability / scheduling conflicts from August 30 – December 13 to the audition, as well as a headshot/resume if you have one. The auditions will be comprised of readings from the script, with specific scenes being made available for review prior to auditions. Also, copies of the script may be signed out through the Walterdale Administrator (contact Sylvia at walterph@telus.net)

Rehearsals
Beginning September 21st, the production will rehearse three days a week (twice on weeknights, one day on the weekend) until mid-November when the schedule will pick up. Rehearsals will be called with only the cast required whenever possible, but due to the structural nature of the show, full company rehearsals will be necessary.
Tech week and performance: November 23-December 13: Attendance during tech week and performance is mandatory for all performers.