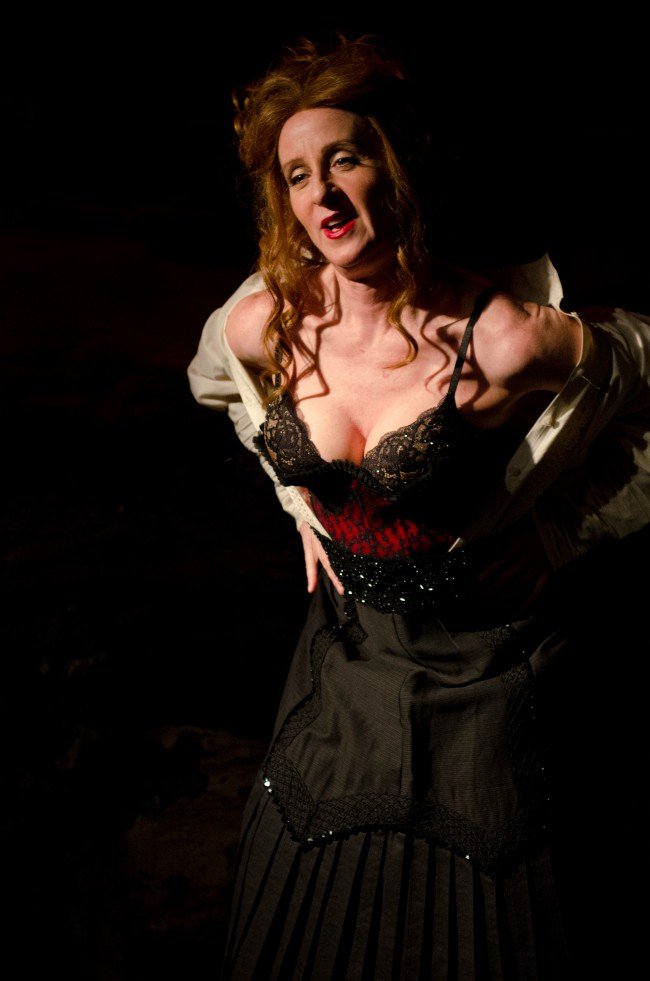 Come ‘try’ her for yourself at Maison des Reves!

Alexe Popova fought the War on Women in her own way, with a little lethal poison. Come “try” her for yourself at Maison des Reves!

Writer and performer Talie Melnyk brings her one-woman show, Maison des Reves to Fringed and Confused! The show is based on the true story of Alexe Popova who, in 1909 Samara, Russia, confessed to killing over 300 men, all known for abusing their wives and children. Talie tells her unique tale though seven characters and a narrator, and using only a simple period costume and single chair.

Talie Melnyk is originally from Calgary and lived fringed and confused in Edmonton in the 1970s. Developed in New York City where she’s called home for 20 years, Maison des Reves is directed by Gretchen Cryer, a pioneer in women’s theatre. Ms. Cryer is well known for writing and starring in I’m Getting My Act Together & Taking It On the Road, (music by Nancy Ford) The Last Sweet Days of Isaac, (Obie Award, Drama Desk Award, Outer Critics Circle Award) Shelter, Hang On to the Good Times, The Fabulous Party and numerous performances on and off Broadway.