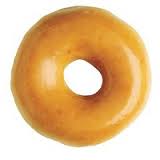 HALO
Written by Josh MacDonald and directed by Mark Lewandowski

PLEASE PREPARE: One (1) 60-second contemporary, comedic monologue. For the role of Donald, please have a dramatic monologue. You may be asked to cold read.

All characters need to be able to sing at least a melody line.

BOOK YOUR AUDITION with val@fireexit.ca

Play Summary: When an image of Jesus appears on the side of a Tim Hortons restaurant in Nately, Nova Scotia, life is forever changed. The town’s inhabitants are challenged to ask difficult questions about faith, life and love with sometimes moving, sometimes hilarious results. Complicating the matter, of course, are the more mundane questions of whether this appearance is a miracle, an accident, or quite possibly even a hoax.

At the centre of this wickedly entertaining play resides the more existential and personal question of what has happened to our notion of meaning and ethics in the strip-mall culture of concrete and crass competition which has replaced a more pastoral and rural life of care for the earth, the cycle of the seasons and its festivals, and the blessings of renewal in the family. Has religion lost the ability to mediate these two conditions, or did it ever really have that power?

CASEY: Female in her late teens
Stuck in a dead end job in Nately, NS and wants to get out.
Cynical with a tough exterior
Opinionated, passionate, and outspoken
Smart and very witty
Think Ellen Page in Juno
No belief in religion, a very questioning faith in God
Will need to kiss Jansen

JJ: Priest in his 30’s
Liberal and progressive stuck in a very conservative congregation
Very pop-culture savvy
Witty and intelligent
Has long hair

JANSEN: Male in his late teens
Boyfriend of Casey
A hockey player, always working out
Earnest but a big dumb
Quite religious but has a very naïve faith
Loves Casey
Will need to kiss Casey
Is not a stereotype

DONALD: Tree farmer in his 50s
Daughter in coma
Has let himself go taking care of his daughter for over a year
Has a great but simple faith

LIZZY: Female in her 20s
A local girl who has moved to the big city and is now “citified “
A writer who is now in advertising and hates her job
Feels guilty for the accident that put her sister into a coma
Realistic
Feels she is losing her faith
Script says she has braces (actor may be asked to have temporary braces put on)

Fire Exit Theatre is a not-for-profit semi-professional theatre company. We operate primarily with a volunteer base. As such, your time and talent will be considered volunteer.