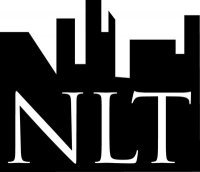 Northern Light Theatre’s 2014-2015 season will challenge audiences with plays on the tipping point. Hailed as “one of Edmonton theatre’s most consistently surprising little companies,” and known for producing provocative, unique and innovative work, all three plays in the upcoming season include discussions surrounding gender, transgender and gender norms.

“I wake up as a girl. With girl bits and pieces. And you tell me to just ignore it? I used to be your brother.” -Penryn

Brothers Lumus and Penryn have been shot out into space as specimens of the past. In the three years they’ve been afloat, Lumus has stayed awake to perfect his stand-up routine and Penryn has been in a deep sleep. Now Penryn is awake and things have… shifted. Penryn has girl parts and Lumus’ teeth are rapidly falling out. How can they be specimens of the past if things have changed so drastically?

“How on God’s green earth can you be both a boy and a girl?” – Trisha Lee

Trisha Lee, a Christian widow living in a small Texas town, finds herself grappling with fear, confusion and ostracism when her teenage daughter announces she is “gender queer” and is starting a chapter of the Gay and Straight Alliance at the local high school. When the school principal rejects the GSA’s application for inclusion as a school club, Trisha must choose sides in her rapidly dividing town.

CHRISTINA / PHILIPPE by Per Brask
May 1-May 10, 2015 (Preview April 30)
Westbury Theatre in the ATB Financial Arts Barns 10330-84 Avenue
Presented as part of the Fringe Theatre Adventures Arts at the Barns Series

Queen Christina of Sweden, who dressed and lived as a man, and Philippe, the Duc D’Orleans and brother to King Louis XIV, who dressed as a woman, are locked in a battle of wits and wills. Christina/ Philippe by Per Brask is a sensory event made up of a mixture of music, live singing, and verbatim interviews culminating to answer the ultimate question- “Do you dare to be who you really are?”