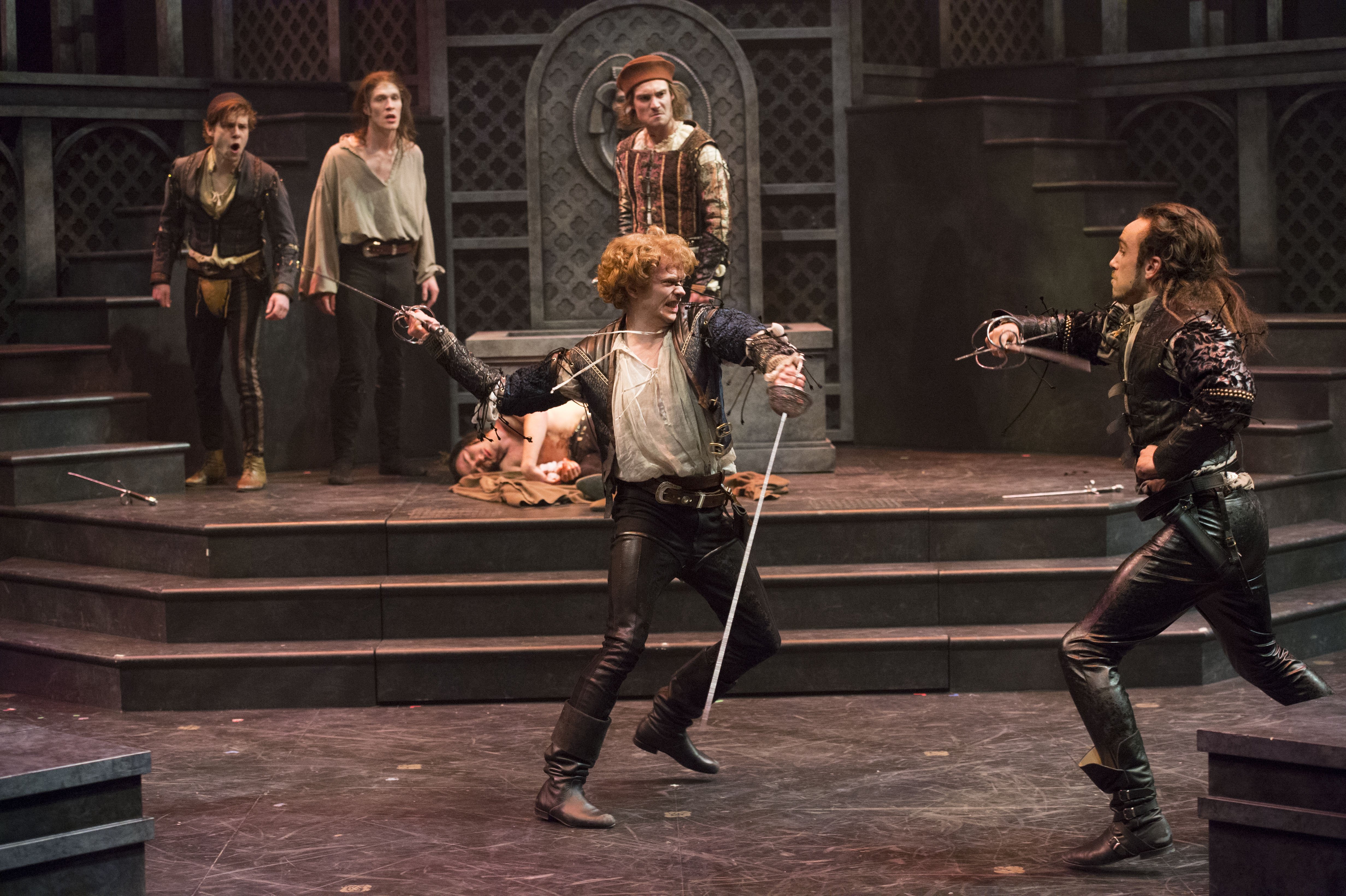 The Citadel/Banff Centre Professional Theatre Program is designed to embrace and enhance the artist’s strengths while encouraging the exploration of new concepts. There are two streams to the Program: the Acting program includes classes and workshops in scene study, movement/dance, singing, voice and speech, stage combat, classical text, improvisation and script analysis led by a faculty of some of Canada’s leading theatre artists; the Intern Director program involves two weeks at The Banff Centre, taking part in classes alongside the participants of the Acting program, and assisting the directors of the scene study units. There will also be seminars in directing, design, and theatre production. When the Program shifts to Edmonton, the Intern Directors will direct the Acting participants in a scene study unit, and will collaborate on a new play workshop. They will also have seminars with the Citadel’s administrative, marketing, and production staff.

The Citadel is specifically seeking applicants from the Edmonton professional community, including established and emerging artists. As such, the successful applicant should be an Edmonton resident. Some professional directing experience is preferred but not essential.

The dates for the Program are as follows:

Position #1: December 23, 2014 – February 15, 2015. The Intern Director will work as assistant director on Venus in Fur at the Citadel, followed by three weeks of training in Banff and Edmonton (January 24 – February 15)

Position #2: January 24 – March 26, 2015. The Intern Director will start in Banff on January 24. Following the three week training period, they will work as assistant director on Arcadia at the Citadel.

Participation in certain classes and professional development workshops in Banff and Edmonton, including movement, voice, singing, improvisation, stage combat, preparation techniques, mask, clown technique, and text analysis.
Assisting the directors of the Scene Study and Creation workshops in Banff.
Taking part in directing seminars with faculty and participants of the Professional Theatre Program.
Assisting with the coordination of the Professional Theatre Program showcase in Banff and Edmonton.
Assisting the creative team of either Venus in Fur or Arcadia in rehearsals, including the director, the designers, fight choreographer etc.
Assist the creative team during technical rehearsals for Venus in Fur and Arcadia.
For their work as Assistant Directors at the Citadel, the Intern Directors will receive an honourarium of $3500. For the training period, room and board at the Banff Centre, return transportation from Edmonton to Banff, and tuition for classes at the Banff Centre will be covered by the Citadel and the Banff Centre and there will be no other remuneration.

Interested individuals should apply to Program Director, James MacDonald, with a letter of intent describing their interest in the Program and detailing their experience as a director/assistant director, and also include a current CV. Applicants are also requested to specify in their letter of intent which production they would choose to assistant direct, with an explanation of their choice.

The Citadel Theatre/Robbins Academy is an equal opportunity employer, and encourages applications from qualified individuals from a diversity of backgrounds.