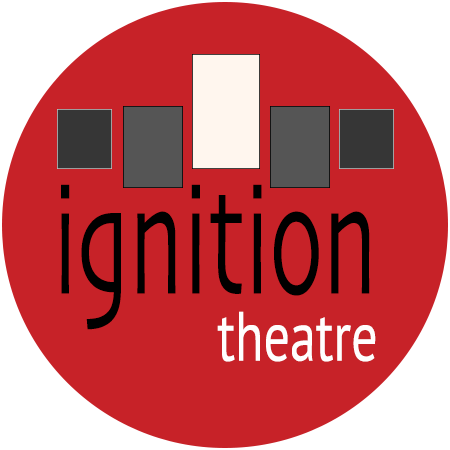 THE RUMORS ARE TRUE… IGNITION THEATRE IS BACK! RED DEER

Ignition Theatre, widely known for having presented some of Central Alberta’s most provocative and rewarding live theatre is returning for the 2014/2015 season after a two-year hiatus.

“Two years go we made the decision to take a step back to reflect and refocus. Having produced more than 40 productions in seven years and reeling from the unexpected closure of The Matchbox, we found that we were bailing water out of a sinking boat rather than simply paddling to shore to build a better, stronger boat. In our time away we’ve entered into many discussions with past patrons and our peers to better cultivate our true identity. We feel refreshed, energized and focused on producing the high caliber theatre for which we’ve become known and taking it to the next level.” – Matt Grue, Artistic Director, Ignition Theatre

Audiences will fondly remember Ignition Theatre for having presented some of the most memorable theatre in Central Alberta’s history including: Tuesdays with Morrie, The Drawer Boy, Deathtrap, Hedwig and the Angry Inch, It’s a Wonderful Life: The Live Radio Drama, My Name is Rachel Corrie and Bug among many others. Additionally, they presented several special productions including: Seth Rudestky’s Rhapsody in Seth, Deconstructing Broadway, Adam Pascal: In Concert, Miranda Sings! and Anthony Rapp: On Life, Love and the musical Rent.

“For our re-­launch season, we’ve taken into account what our audiences have told us and we have searched for plays that offer new ideas, plays that present layered themes and, of course, some of the signature risqué theatre for which Ignition has become known. We feel that this season provides our audiences with each of those elements while being one of the most compelling seasons we’ve presented to date.”

We would also like to take the opportunity to acknowledge The Scott Block Theatre, especially Diana Gelden and Doug Anderson, for their support in making the Scott Block the new home of Ignition Theatre.

“We are thrilled to welcome Ignition Theatre to The Scott Block and are excited to be involved in the resurgence of live theatre in Red Deer. Ignition has a strong history in Red Deer and will undoubtedly have tremendous success for the coming year and beyond.” – Diana Gelden, The Scott Block Theatre