Every year Theatre Alberta publishes a poster listing nearly all of the productions happening in Alberta for the theatre season: the Theatre Alberta Playbill poster. Our (amazing!) Playbill poster designer of the last 17 years has recently notified us that she is unable to take the job this year. We’re putting

Keyano Theatre Celebrates 35th Season Since the summer of 1980 when A Midsummer Night’s Dream premiered on stage at Keyano Theatre as a trial production, the community of Fort McMurray has been celebrating a deep connection to arts and culture through live performances. October 2014 marks the opening of Keyano

U of A students! Submit your newly written plays to the New Works Festival and share your stories.

Audition Notice for Letters To Laura. Male needed to fill the role of Marc. Premiering in San Diego!

SurrealSoReal is auditioning for a new show! Auditions may 23/24, [email protected] 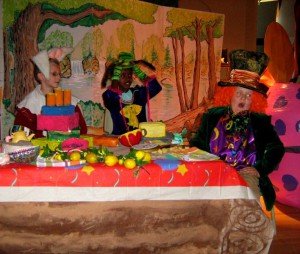 On April 11th, 2014 StoryBook Theatre was pleased to announce the full lineup of shows for the 2014/15 Season to Imagine. The season is full of shows for all ages and every shows will take the audience into the world of pure imagination. Artistic Director JP Thibodeau also announced that

SHOW BUSINESS IS MURDER IN THE LATEST SCRIPT SALON READING The Edmonton and area members of the Playwrights Guild of Canada are pleased to announce the second of their SCRIPT SALON events. SCRIPT SALON showcases some of the most talented theatre writers in the region with new plays ripe for