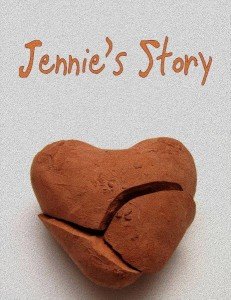 Jennie’s Story is a small-cast play with substantial roles for 3 women and 2 men:

Jennie’s Story is a powerful drama, with intense emotional moments for the characters. Jennie McGrane, in her teenage years, has come into conflict with Alberta’s Sexual Sterilization Act, and the play deals with the family and community consequences of this event. The central question is: What if you were a young, healthy woman married to a man you loved dearly? and both of you wanted children? and you discovered that the people closest to you had conspired in a plan that they kept secret from you, and you now find out that you’re not the person you thought you were? What do you do now? As Jennie bravely confronts this question, and interacts with her husband, her mother, and the local priest, she discovers her courage, and her resolve.

Everyone is welcome to audition, and we will be casting the play entirely from those who audition.

For the auditions, auditioners will be grouped within three possible time slots each evening:

Auditioners should sign up for ONE of these slots on either Sunday or Monday evening. There is no advantage to signing up earlier rather than later; everyone who auditions during these two evenings will be considered seriously for the available roles.

For the audition, you are NOT expected to come with a prepared audition piece or monologue. Instead, all auditioners will cold-read one or more scenes from the play Jennie’s Story with other auditioners.

Anyone wanting to audition should contact our Production Manager, Janet McLean, and specify your preferred time within one of these slots.

PLEASE NOTE: All auditioners must bring their April-May-June 2014 schedules to the audition, so that we can identify potential conflicts with rehearsal times.

We will complete the casting by Thursday, April 10, 2014. When we have cast the play, we will have one full reading of the play on Sunday, April 13 from 1:00 to 4:00 pm. Every person who auditions should book this date and time on their schedules, in the event that he or she is cast.

We will begin regular rehearsals on Tuesday April 15. From April 15 through late June, rehearsals will be scheduled for Tuesday, Wednesday, and Thursday evenings from 7:00 to 10:00 pm, and on Sunday afternoons from 1:00 to 5:00 pm. (Never any Fridays or Saturdays until late June.) Not everyone will be called for every rehearsal, and more details on specific rehearsal calls will be made once casting is completed.

PLEASE NOTE: During the last two weeks before opening on July 2, cast members will be expected to be available for all of these times, plus Friday evenings and Saturdays, for technical rehearsals and dress rehearsals.

Anyone wishing to be involved in production aspects (set building and painting, props, costumes, assistant stage managing, lighting and sound operation, etc.) is encouraged to contact Janet McLean at: