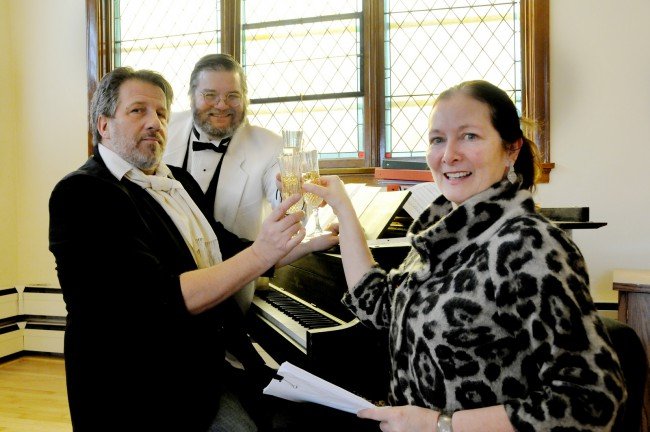 LOCAL PLAYWRIGHTS ARE THE STARS IN SCRIPT SALON

The Edmonton and area members of the Playwrights Guild of Canada are pleased to announce SCRIPT SALON, a new monthly play reading series. SCRIPT SALON showcases some of the most talented theatre writers in the region with new plays ripe for production read by professional actors in the elegant setting of Holy Trinity Anglican Church.

Presented the first Sunday of every month with a different play by a different playwright featured every time, SCRIPT SALON is a bounteous buffet of sizzling comedy, drama, romance and adventure forged by the power of imagination.

Set during the 1947 Leduc oil strike, the play is a witty and moving portrait of the desperate life of oil field workers of the time. With a baby and another dry well Evalma and Wes struggle in the push-pull of a young marriage in peril. He wants a gusher, she wants a garden.  As the men work all day and all night the neglected Ev meets a lady trapper in the woods, Nohkum, who shows her the power of the river in the difficult landscape of marriage.

After each reading the audience is encouraged to ask questions and provide commentary directly to the playwright.

Admission is free although donations are accepted. Refreshments will be provided. Parking is free.

The months to come will feature new plays by Blaine Newton, Darrin Hagen, David Belke, Heather Morrow, Beth Graham, Conni Massing, Meiko Ouchi and many other members of the Playwrights Guild of Canada. A new play each month!

Information on each upcoming play will be announced in future press releases.

SCRIPT SALON is sponsored and supported by the Playwrights Guild of Canada, Alberta Playwrights Network and Holy Trinity Anglican Church. 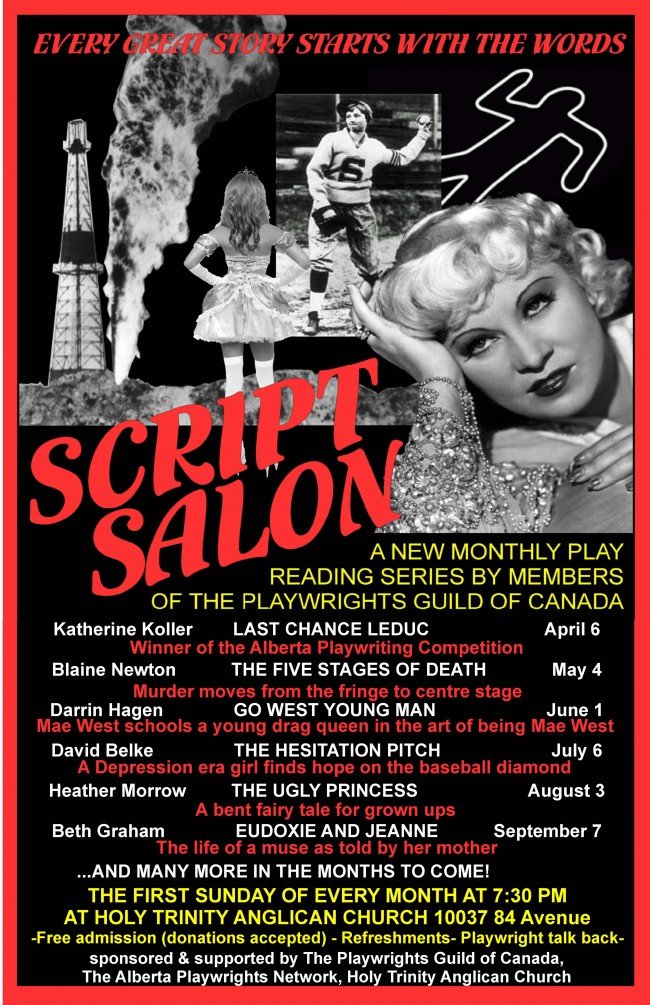