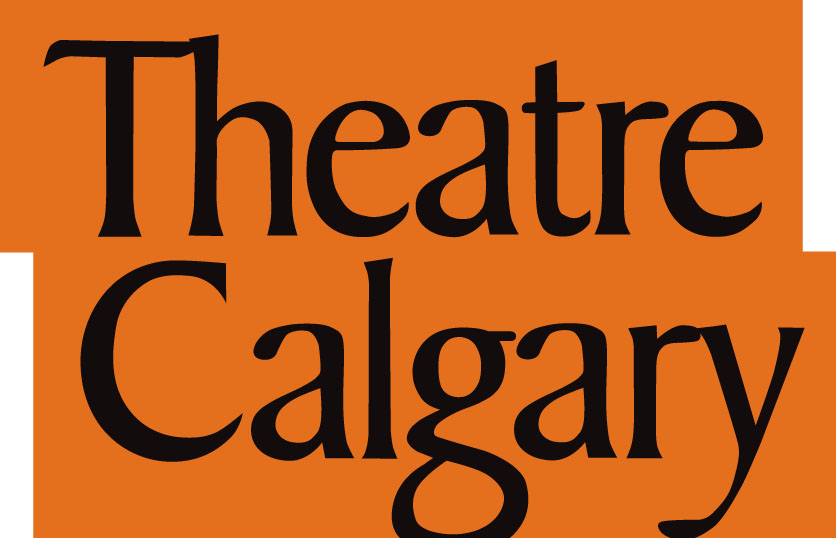 The 2014-15 season, as Garnhum describes, is all about telling wonderful stories and working collaboratively with some of Canada’s best. “That’s why we come to the theatre after all. We want to share in other people’s stories. They might move us to laughter, to tears, or to anger, but somehow in this sharing we are uplifted. And seeing these stories told by some of the greatest artists in our city and country makes us very proud.”

The new season starts off with the Canadian Premiere of the hit British comedy by Richard Bean, ONE MAN, TWO GUVNORS, based on The Servant of Two Masters by Carlo Goldini. The show will be directed by Dean Paul Gibson and stars Calgary’s Kevin Corey. “One Man, Two Guvnors is one of the funniest and zaniest plays I’ve ever read. A play I am giddy with excitement to perform in,” says Corey. “And getting the chance to work with Dean Paul Gibson makes me even more giddy. He is a fantastic director with a deft hand for directing comedy.”

The second show of the season sees the world premiere of LIBERATION DAYS by Calgary playwright David van Belle. The show was originally developed in the spring of 2013 at Theatre Calgary through FUSE: The Enbridge New Play Development Program. The show is based on the Canadian and Dutch experience in the days following WWII. “This beautiful new play by David Van Belle examines his Dutch heritage and, in some ways, his place in the world as a Canadian,” remarks Garnhum. “When I finished reading this play for the first time, amid the wash of tears on my face, I shouted to the skies, “A great new play is born!”

Theatre Calgary will once again celebrate a spirited tradition in Calgary with our annual production of A CHRISTMAS CAROL by Charles Dickens and adapted by Garnhum. Stephen Hair will once again fill the miserly shoes of Ebenezer Scrooge. Says Garnhum, “In the last three seasons of our new adaptation, audience attendance has been at an all-time high. We are proud then, to continue to share this stunning production with so many smiling faces.”

January will see The Shaw Festival bring their production of THE PHILADELPHIA STORY by Philip Barry to the Max Bell Theatre. The show will be directed by Garnhum and will play in Niagara on the Lake as part of the Shaw Festival’s upcoming 2014 season before arriving at Theatre Calgary in early 2015. “We are thrilled to have Dennis at The Shaw this season to direct The Philadelphia Story,” commented Shaw Festival Artistic Director Jackie Maxwell. “And we are equally happy that this glorious romantic comedy will then travel to Dennis’ home theatre. We are always interested in getting our work out across Canada and playing at Theatre Calgary, undoubtedly one of the most flourishing and forward-looking theatres in the country, feels like a perfect match.”

March of 2015 will see one of William Shakespeare’s biggest and most tragic plays hit our stage for the first time. KING LEAR will feature one of Canada’s great actors, Benedict Campbell, playing Lear, one of the most iconic roles in theatre. The show is being done in collaboration with Vancouver’s Bard on the Beach Shakespeare Festival, where it will also play that summer. For Campbell, playing Lear has been a career-long ambition. “I have always harboured a secret thought, which is, that all theatrical acting is only a warm up to play King Lear. You put in the years of playing some fantastic parts and some not-so-fantastic parts, but with every one of them there is a little corner of your mind tucking bits of info away, that you know will some day serve you in good staid to play Lear.” Says Bard on the Beach Artistic Director Christopher Gaze, “We are forming an experienced and collaborative partnership between Theatre Calgary and Bard. We combine strong personal relationships – respectful, complimentary and appreciative – together with the dynamic leadership of a truly great Canadian actor, Ben Campbell. I have known Ben for over forty years and watched him rise to the top. His list of leading roles is awe-inspiring.”

Theatre Calgary will close out it’s 2014-15 season with the work of another Calgary playwright and a Canadian alternative Country singer-songwriter with DEAR JOHNNY DEERE by Ken Cameron, based on the songs and lyrics of Fred Eaglesmith with additional lyrics by David Archibald. This is a heartwarming and hilarious glimpse at keeping a farm and relationship afloat. “I didn’t grow up on country music, and so imagine my surprise when I saw the premiere production of this musical and was captivated from start to finish. I was converted!,” says Garnhum. “This is a toe-tapping treat, filled with great songs and a lovable story. When the characters can’t express themselves in words, they grab a guitar and sing. You’ll find it hard to resist smiling throughout.”

Theatre Calgary is also pleased to announce that, continuing in the tradition of Mount Royal University, Shakespeare in the Park returns with THE COMEDY OF ERRORS. The show will once again feature a company of Alberta’s up-and-coming actors and every performance is pay-what-you-will. Best of all, Shakespeare in the Park returns to Prince’s Island Park. “This is our third year celebrating young artists of Alberta. Last summer we made national news as our production was washed away due to the floods. It took all of our efforts but the show went on,” says Garnhum. “Now we’re back in beautiful Prince’s Island Park and this year we are more than ready to laugh with one of the Bard’s most delightful comedies.”

Theatre Calgary will also once again work with One Yellow Rabbit Performance Theatre on a special presentation as part of the 2015 High Performance Rodeo. More details will be released once the show is finalized.

Full casting and creative teams for all shows will be announced at a later date.

More information can be found at theatrecalgary.com