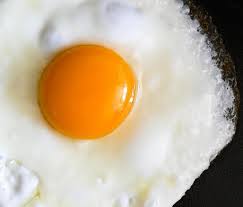 Sunny Side Up
Written and directed by Val Lieske

PLEASE PREPARE: One (1) 60-second contemporary, comedic monologue. You may be asked to cold read.
BOOK YOUR REHEARSAL with val@fireexit.ca

Play Summary: When does life begin? And who determines that; your doctor, your priest, your mother? What if you would do anything to have kids, but then end up with just a few too many? Can you simply decide not to defrost them?

At minimum, two-thirds of all human eggs fertilized during normal conception either fail to implant at the end of the first week or later spontaneously abort. Some experts suggest that the numbers are even more dramatic. Frank and Joanne finally take things into their own hands, and out of God’s (according to Franks mother) and decide to try artificial insemination. Their doctor recommends they start with five eggs and they all decide to implant two. Success. Twins. So all is good in the newly formed nuclear family until they get a phone call from the doctor’s office asking what they want done with the other three eggs. The office is more than happy to keep them “in the fridge” for them…for a price.

Now what? They can’t have any more kids and throw off the parent to child ratio in the house. They can’t destroy Frank’s mother’s grandkids. They can’t sell them on Kijiji. What about the “eggs”? What do they have to say for themselves?

FRANK: 41yrs old, married to Joanne for 11yrs, father to twins. Stay at home dad; more ‘maternal’ of the couple. Used to sell real estate but no is focused on finding laundry detergent that will really keep your whites white.

JOANNE: 40yrs old, married to Frank. Brings home the bacon as a Sales Red for Forbidden Fruit Winery. Driven to be the best at whatever she does. Obsessed with self-help podcasts.

MARION: Early 70’s, Franks mother. Lives in the basement of Frank and Joanne’s home. Very grandmotherly. Makes great pie. Sternly religious. Because her voice is so sweet you almost miss how sarcastic she can be. Has strong opinions and isn’t’ afraid to share them.

Fire Exit Theatre is a not-for-profit semi-professional theatre company. We operate primarily with a volunteer base. As such, your time and talent will be considered volunteered.