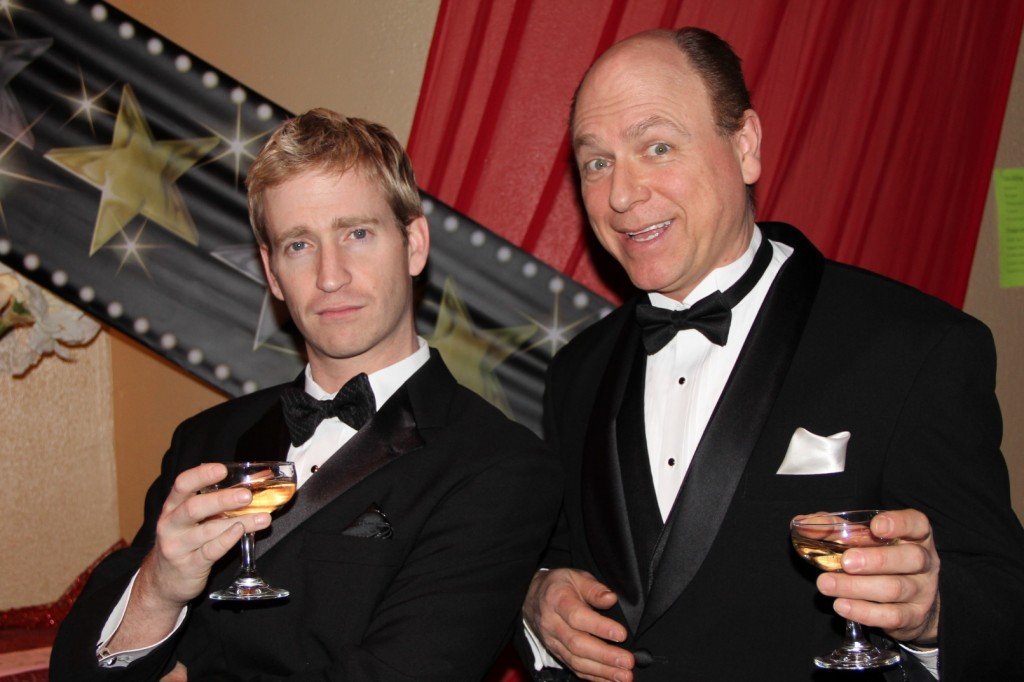 The nominations are out and now the excitement builds to the biggest and brightest evening for Hollywood royalty: Oscar night. But as far as everyone at the Varscona Theatre is concerned, Tinsel Town’s most exclusive night of glamour should be a party everyone can join in!

It’s time to prepare your gowns and chill your champagne for the 6th annual Oscar Night at the Varscona!

Come join the fun at the Varscona Theatre Sunday March 2nd and mark the awarding of the 86th Academy Awards in a one of a kind celebration. Come and see the stars the way they were meant to be seen: projected up on the big movie screen! In addition there will be hilarious on-stage comedy, musical numbers, audience games as well as prizes galore for lucky guests.

The event is hosted once again by that dazzling duo of Hollywood heartthrobs: Tom Edwards and Matt Alden. And for the first time ever, prizes for the most noteworthy audience fashions will be awarded, as evaluated by celebrity judge CBC Radio’s own fabulous fashionista: Portia Clark!

Oscar Night at the Varscona is a scintillating cinematic celebration filled with glittering glamour and Hollywood inspired highjinks. It is one of Edmonton’s most popular party events of the year.

Awards big and small! Fabulous fashions! Awkward acceptance speeches! Inexplicable film montages! All the entertainment that only Oscar night can deliver and much, much more!

Oscar Night at the Varscona is a fundraiser for Shadow Theatre and the ACME Theatre Company.

Fabulous Hollywood formal wear is encouraged, but not essential.