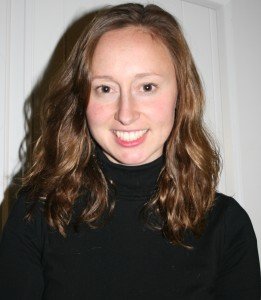 Kristjanna Grimmelt is a writer, educator, and the former editor of the Peace River Gazette. She is researcher and co-playwright of the Grande Prairie Century Play, a community play which has been in development since June 2012 to celebrate the centennial of the City of Grande Prairie, in 2014.

The concept of the community play was developed by the Colway Theatre Trust (UK) – now known as Claque Theatre (click here to learn more). The process involves using a core group of artists to help develop, create, and produce a play with community members, drawing from the history of area.

We had such a great discussion with Kristjanna that we expanded Community Profile to a full page for the Winter 2013 issue ofAll Stages… and we still weren’t able to capture the entire conversation! The rest of our interview is posted below.

Click here for a PDF of the first part of the interview published in All Stages.

You brought students from Grande Prairie Regional College in the process. How did you find the experience of workshopping scenes with students?

This was an extremely valuable and fun exercise. The students took several ideas I had and fleshed them out through improvisation last year—before we had a draft of the script. It was thrilling to see ideas come to life like that. For example, I was fascinated by the fact that some youth can’t wait to leave Grande Prairie, others feel very tied to the land, and another few are afraid to leave. What keeps them here, and what about this is good and true? This was one of the scenes the students explored for me.

You’ve held a series of public readings of different acts of the script. How has the public reaction been influenced the production?

Our public readings have been extremely valuable and rewarding. Annie, our Artistic Director, organized a team of amazing volunteer actors to read each Act. They and the audience members then gave us detailed feedback on what they felt was working or not working. The feedback has led to significant revisions and additions to the script. With Act 1, for example, we found we had focused a lot on a few cultural groups and missed another; we also found people related strongly to a scene about an abandoned piano on the Edson Trail and recognized the importance of that scene.

The production is looking to engage dancers, musicians, and (even stilt-walkers), how does the script allow to incorporate such a multi-disciplinary performance style?

As playwrights, we’re working closely with our Artistic Director, our music director Mark Brazier, and a team of costume designers and other artists. We’ve also got a team of local songwriters, led by musician Susan Picard, writing the songs for the script. Catherine and I have envisioned scenes where there could be dance incorporated—like a lumber yard—and talk with the experts about how this could be a lively, effective performance. Each person involved brings her or his skills. We’re very open to changes in the script. Catherine’s first creative voice is poetry, while I have a strong foundation in prose writing, and so are newer to theatre.