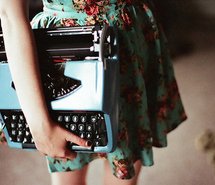 A Playwrighting Masterclass
with Colleen Murphy

Colleen Murphy is an award-winning playwright, filmmaker and librettist. During this three-day master class both established and emerging playwrights are encouraged to take advantage of Murphy’s practical hands-on forum.

“I work with participants as a playwright, not as a dramaturge. My job is to be a useful resource playwrights and to their own individual processes. Playwrights can either bring a new play they are working on, or a finished play that they are still fiddling with, or a scene. These submissions will form the raw material of the Master Class which will consist of three eight-hour sessions.”
– Colleen Murphy

Registration is open to playwrights at any level, from emerging to established. All participants must bring a concrete piece of writing (a scene from a larger idea, an early draft or a fully developed script) to the class. No pitches or ten minute plays.

Please note this class in open to playwrights of all genders.

Colleen Murphy has two new plays premiering in 2013, Armstrong’s War (Arts Club Theatre, Vancouver) and Pig Girl (Theatre Network, Edmonton). In 2011/12 she was the Canadian Playwright-in-Residence at Finborough Theatre in London, UK, where three of her plays were produced, including the world premiere of The Goodnight Bird. She has been Guest Playwright at the Citadel Theatre in Edmonton since 2010 and was Playwright in Residence at Factory Theatre in Toronto in 2011/12. She is currently working on new plays O’Brien Road and Snow Red, a new film Bloodsucker Waltz, as well as new libretti. Her full length opera with Gervais, The Enslavement and Liberation of Oksana G will premiere in Toronto in 2015 with Tapestry Opera and Scottish Opera. Colleen’s play The December Man (L’homme de décembre) won the 2007 Governor General’s Literary Award for Drama. Other plays include Beating Heart Cadaver (nominated for a 1999 Governor General’s Literary Award for Drama), The Piper, Down in Adoration Falling and All Other Destinations are Cancelled. She is also an award-winning filmmaker and her distinct films have played in festivals around the world. www.colleenmurphy.ca