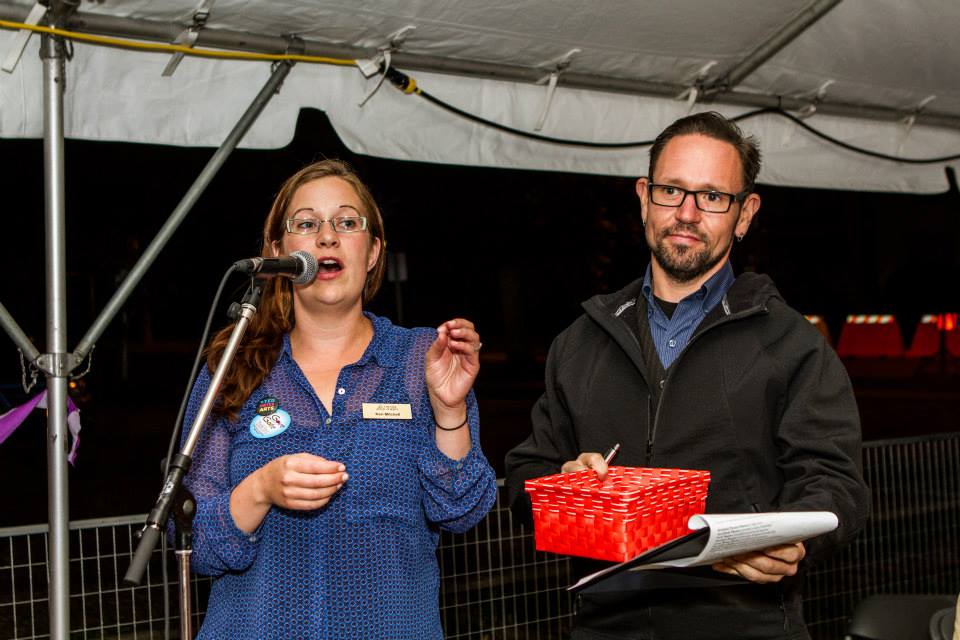 On August 19th, 2013, Theatre Alberta hosted a fundraiser and Fringe Forum to raise funds for Theatre Alberta programs and Alberta Arts Rebuild – a relief effort to support artists and arts organizations recovering from the 2013 floods. We are proud to announce that we raised nearly $2,000 during the event and through online donations.

Click here to view some pictures from the fundraiser. Special thanks to Dave DeGagne from dbphotographics.ca for these pics! Click here to listen to the CJSR FM88 broadcast of our Fringe Forum panel discussion, “The Patron, The Theatre and The Artistic Creator – Who Will Our Champions Be?”

Thank you to everyone who attended and supported our event.

Thanks to Megan Dart for moderating our discussion and our panel: Brian Dooley, Thomas Scott and Helen Chimirri-Russell. Thanks to University of Alberta Department of Drama Chair Kathleen Weiss, Edmonton Ward 4 counselor Ben Henderson, NDP MLAs Rachel Notley and Deron Bilous, and Liberal MLA Laurie Blakeman for attending and speaking at the event.

Thank you to Upper Crust Cafe & Caterers for providing (delicious!) catering. And a special thanks to the Edmonton International Fringe Theatre Festival for allowing us to use the ATB Community Patio for our fundraising event!

We also like to thank the following individuals and organizations who donated door prizes to the event: