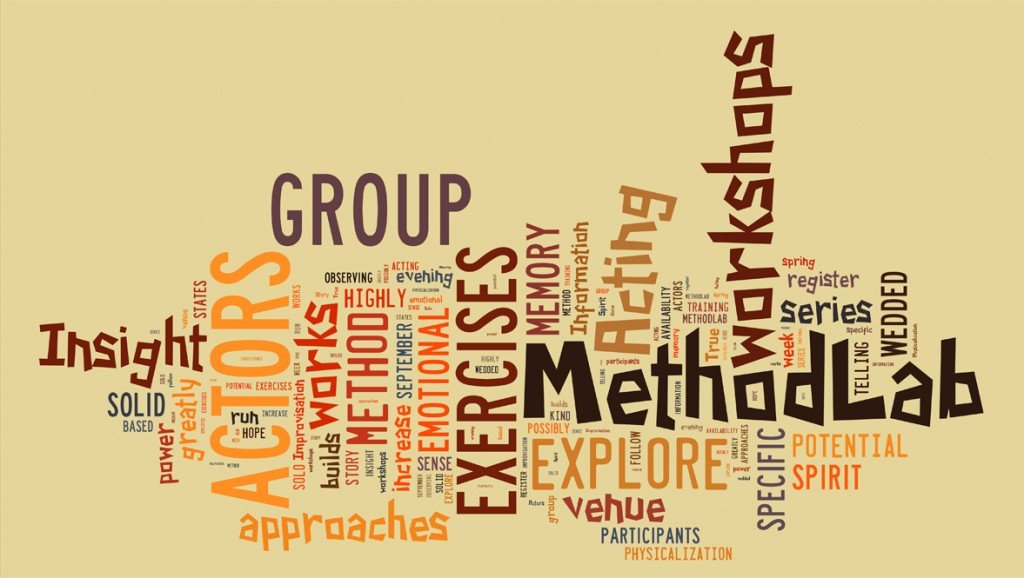 Some of the actors we most admire are not wedded to any one approach to acting but borrow what works from various approaches.

In that Spirit, as a group we will explore some very solid Method Acting exercises that have the potential to greatly increase your power as an actor.

Each exercise builds on the last so it is highly recommended to take all four.

Venue: To be Determined. It will be centrally located. In the past we have had free use of the McDougall United Church, but because Timothy cannot be there, we need to rent a venue.

Maximum participants for each of the 4 workshops: 12.

In MethodLab I (which will be one evening per week in September 2013), we will explore

I hope to follow MethodLab I with MethodLab II (possibly in the spring of 2014) in which as a group we will explore emotional memory and emotional availability exercises. MethodLab I or some kind of equivalent training will be a prerequisite for MethodLab II.

About the Insight Actors Group

The Insight Actors Group was co-founded by Elaine Elrod and Timothy J. Anderson in the spring of 2010. Click the link to see our past events. Join the group on Facebook to be notified of future events. For the first two years, we held monthly meetings and did most of the promotions on Facebook through the Insight Actors Facebook Group page.

The Insight Actors Group is a participatory community of film and theatre actors in Edmonton, Alberta. We meet for workshops with guest directors and other artists, for readings, and for work on scenes and monologues. ($10 per workshop and $4 per group session with our acting coach Timothy J. Anderson) For more information, feel free to contact Elaine Elrod on Facebook or through email at elaine@actingandtheatre.com.

Elaine Elrod began exploring theatre at a very young age and has always approached her craft with dedication. She grew up in Washington, D.C. and studied history at the University of Chicago. Throughout her undergraduate years, she participated in theatre. In her fourth year, she was part of a performing improvisation troupe led by Steve Schroer and was also cast by Mark Hollmann as the Mother in a production of Marty.

She later moved to Canada with her husband and earned an M.A. in drama at the University of Alberta. She studied voice with opera singer Lary Benson at Alberta College and has performed solos, duets, and choral works in numerous student recitals.

In 2008, she sought out training in acting for film and television. From 2008 through 2013, she has appeared in four short independent films and additional theatre productions.

Elaine has taught at the University of Alberta and Continuing Education Services and has also facilitated drama workshops in the community.