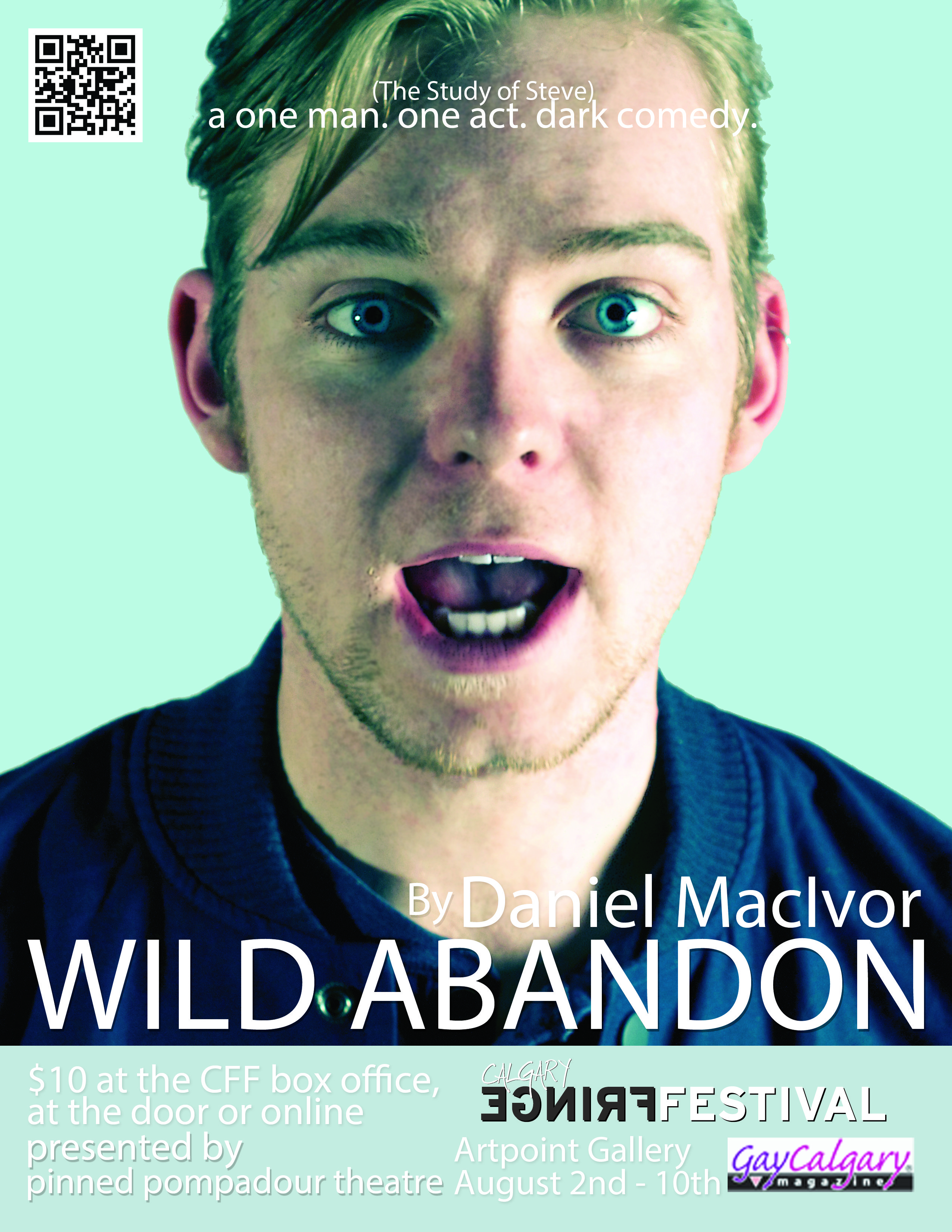 ‘Wild Abandon is a one man show about Steve, a man who believes he’s alone in the world.’ Get to know him, his pet egg, and his idiosyncrasies, as he attempts to understand human connection in a show that is as intimate and honest as it is hilarious.

Pinned Pompadour Theatre is a collective of Calgary-raised emerging artists with big ambitions and queer intentions. We are a supportive, collaborative, artistic community of both queer people and allies. We are fascinated by art that explores the implicit queer experience rather than explicit perceptions: theatre that is universally relatable but with a razor-sharp personal edge. The 2013 festival will be the first time we participate in the Calgary Fringe.

Daniel MacIvor is Canadian actor, playwright, theatre director, and film director. He has won multiple awards including a GLAAD award and a Village Voice Obi.

Wild Abandon was first produced at Theatre Passe Muraille in Toronto, ON, in 1990. Pinned Pompadour Theatre is ecstatic to be taking on this rich, funny, and deliciously strange text.