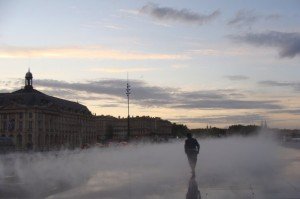 Auditions will be held for the following roles: (The ages should reflect what you read as onstage, not your actual age)

EMIILIO- MALE (age 18-20). Son of a fisherman who defies his father by pursuing higher education. Gets involved in the political student’s movement in 1973, around the time of a military coup.

EMILIANO- MALE (age 35-40) Emilio’s father. Traditional fisherman who objects to his son’s decision to leave to the city.

CARMEN- FEMALE (age 35-40). Loving mother and fisherman’s wife, who supports her son’s decision to leave for the big city.

AMANDA-FEMALE (age 18-20). Comes from a conservative family but discovers her own political views are different from her family’s, once she enters university, and becomes involved in the Student’s movement.

OCTAVIO-Early twenties. Amanda’s right wing brother who is building a military career and does not agree with Amanda’s current path.

VICTOR JARA (late 30’s-early 40’s) Chilean Popular Folk Singer. Meets Emilio in the concentration camp and shares his views of the rage and uncertainty that surrounded them during this time.

CHORUS: 6-10 MALE/FEMALE (Ages 15-90). Dance experience is an asset. Chorus will play many smaller roles throughout the production.

This new musical was written for the Memoria Viva Society of Edmonton’s 40 year commemoration of the military coup in Chile, Sept. 11, 1973. This musical will be performed in Spanish so all actors must be fluent in the language.

The play is about Emilio, a young fishermans’ son who breaks the family tradition of becoming a fisherman and enrolls in University in Santiago months before the September 11, 1973 military coup. In his discovery of his own identity he becomes involved in the student movement that supports the existing government of President Salvador Allende Gossens.
When the military coup transpires he is caught in the middle of the chaos and phases the difficult decision to leave the country, and people he loves, or continue to face political persecution and eventually face death.

To book an audition or for more information, please contact director, Alejandra Diaz, at vsvc2013@gmail.com. In your email please include your name and contact information. Once confirmed, you will be given a time slot. Please have a contemporary monologue prepared and a song by Victor Jara, along with a headshot and resume. You may also be asked to do a cold read.