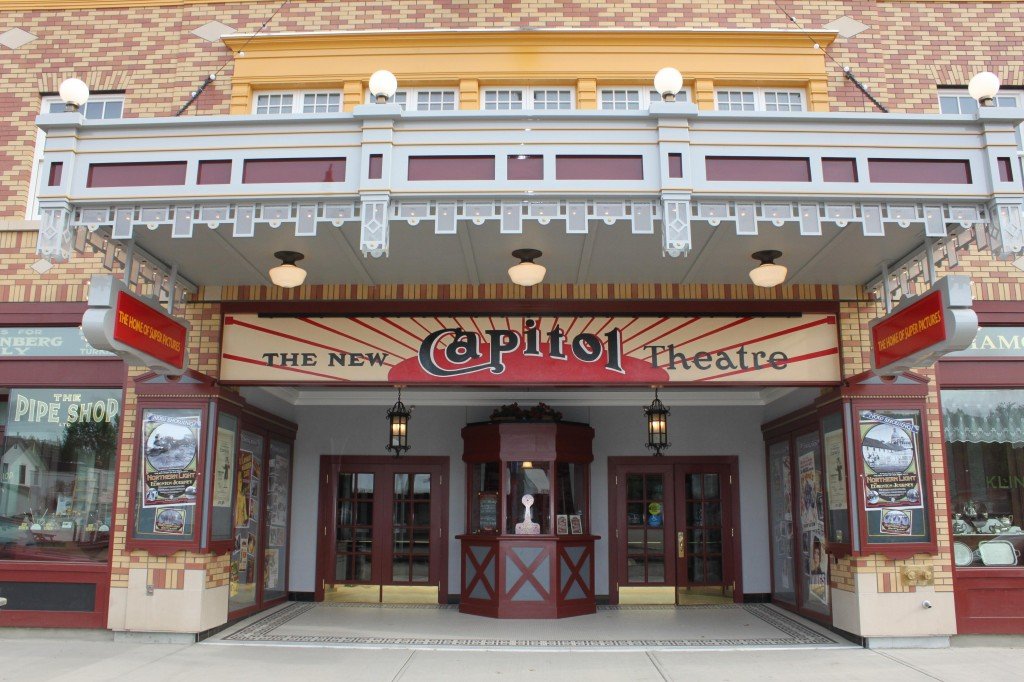 This toe-tapping musical is sure to please audiences of all ages. Enjoy some classic tunes and watch the melodrama unfold.

It’s a tumultuous evening for the cast of Chester Field’s Vaudeville Spectacular! The infatuation and jealousy has built into a nasty crescendo as Daisy fights to keep the spotlight on her and off of Mollie. The ladies have their work cut out for them because Mollie will do anything to pluck Daisy from the limelight and Chester plans to retire his sweet fiancé Daisy as soon as she’s got a bun in the oven. Will Chester be able to keep everything rolling to juice up his own bankroll or will Mollie bring the walls down around their ears just to keep Daisy away from centre stage?

Beatrice and Charlotte Starling have been waiting for their father to return home from war, but after two years without a letter, they are beginning to worry.  Finally, an official typewritten letter arrives imploring their mother to travel to collect their father.  The Starling Sisters are shipped off to live with their stern Aunt Bernadette at the dark and drafty Prince Manor. Beatrice and Charlotte’s impatience is about to drive them to their wits end until… the peculiar-looking book called “The Fairy Catcher’s Companion” aids them in catching a real-life fairy!  But could having a fairy friend be more trouble than it’s worth?

One of the most widely performed Canadian plays comes to the Capitol Theatre. Mary’s Wedding is a poignant and inspiring story about the innocence of first love during the tumultuous times of The Great War. Subtle poetry and a captivating dreamscape weave past and present together.  Stephen Massicotte is an award winning Canadian writer known for his work in theatre, television and feature films.

“It’s the kind of play that makes you think. And dream.” – Avenue Calgary

Cash or Credit at the door (door sales may be limited)

Two struggling jazz musicians (Tony Curtis and Jack Lemmon) find themselves on the run from gangsters after witnessing the infamous St.Valentine’s Day Massacre. Penniless, freezing cold, and in a rush to get out of town, the two musicians take a job in an all women’s band headed to Miami. Disguised as women and calling themselves Josephine and Daphne, they board a train with Sweet Sue and her Society Syncopators. The gents in disguise notice the band’s knockout vocalist and ukulele player, Sugar Kane (Marilyn Monroe) and immediately fall in love. They’re on the run, dressed as ladies, and in love! What could possibly go wrong?

“Wilder’s 1959 comedy is one of the enduring treasures of the movies, a film of inspiration and meticulous craft” – Roger Ebert

It’s a story so enduring that it’s been made into a movie three times and nominated for a collective ten Academy Awards. It’s a story so dear to writer/director Leo McCarey’s heart that he made two of the three versions himself. The original shipboard romance classic, Love Affair (1939) tells the simple story of two strangers who meet aboard an ocean liner and fall deeply in love despite the fact that they are engaged to marry other people. As a test to their relationship, they agree to meet in six months on top of the Empire State Building. Just as everything looks like it’s headed towards a happily-ever-after ending for the couple, a terrible twist of fate prevents her from making the appointment.  Will he discover the truth behind her absence and reunite with his one true love, or has fate and destiny passed them by?

The world is astounded when Willy Wonka, for years a recluse in his factory, announces that five lucky people will be given a tour of the factory, shown all the secrets of his amazing candy, and one will win a lifetime supply of Wonka chocolate. This musical production is a visual treat, telling the tale of an impoverished boy, Charlie (Peter Ostrum) who wins a tour of Willy Wonka’s (Gene Wilder) chocolate factory. But neither Charlie, nor the other lucky contest winners realize what a life altering expedition they have embarked upon. A classic film for Family Day weekend!

Cash or Credit at the door (door sales may be limited)