New Plays From Canada: The Jury’s Choice in 2012

Albertan playwrights represent 50% of plays selected for this award! Congratulations to Karen and Nicole!

From the press release:

For the sixth time, the Embassy of Canada and the Québec Government Office held the “New Plays From Canada” competition, looking for dramatic writing that would also appeal to Germanspeaking audiences.

152 plays in English and 62 in French were submitted, all of which written in the last three years.

Some had already premiered, whereas others are still to be discovered. As in the previous years, the variety of topics addressed was impressive, as was the courage of many authors in making sociopolitical statements. It is evident that playwriting in Canada is further refining the established form of the well-made play, at the same time also breaking these conventions. Moreover, performance projects in which the local social context provides the basis for the dramatic material are on the increase in cities such as Toronto, Vancouver and Montreal. Although this trend is not yet reflected in this year’s choice, performers and performance collectives from Canada have already made appearances at international festivals in Germany.

The following four plays were selected:

We hope this selection arouses your interest and are happy to e-mail you the original scripts. Please direct any inquiries concerning the English-language plays to Andrea Zagorski, International Theatre Institute: a.zagorski@iti-germany.de and concerning the plays in French to Marie-Elisabeth Räkel, Québec Government Office: marie-elisabeth.rakel@mri.gouv.qc.ca. Thanks to the support of the Conseil des arts et des lettres du Québec, German translations of the plays from Québec will be available from mid-January 2013. Regarding the two plays in English, the Canada Council for the Arts would sponsor the translation if a theatre made a concrete commitment to stage them.

A special thanks goes to all our Canadian and German partners and sponsors, in particular the German Centre of the International Theatre Institute, the Canada Council for the Arts in Ottawa, the ministère de la Culture et des Communications du Québec, the Conseil des arts et des lettres du Québec, the Centre des auteurs dramatiques (CEAD) in Montreal and the Playwrights Guild of Canada in Toronto. 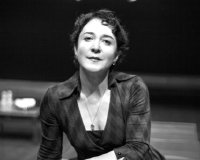 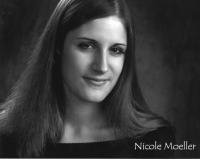