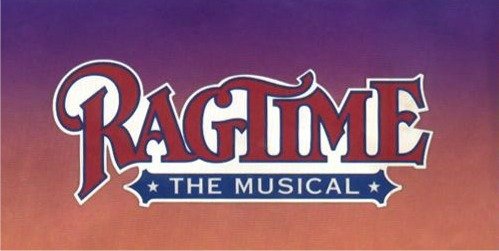 To book an appointment e-mail:
info@twoonewaytickets.com

What: Prepare an Aherns/Flaherty song (you may sing a song from Ragtime). Please do not sing “Back to Before” or “Your Daddy’s Son” (unless you are auditioning for the role of Sarah).

Please bring:
1. performing resume
2. recent acting headshot/clear photo
3. list of conflicts (vacations, Fringe, work schedules etc). Additional dates not mentioned on this list may not be approved if you get cast.
4. sheet music (photocopied double sided and put in a binder) OR mp3 player with backing track OR CD with backing track. No lead vocals on the backing tracks please.

Rehearsals: Tues/Thurs evenings, Sunday Afternoons (note: we will be learning music in July/August, blocking/choreography begins after Fringe). We know summers are fraught with vacations/Fringe – not everyone will be called at all times in summer.

NOTE: a perusal copy of the script has been provided to Theatre Alberta. You may read it there (or at least read the summary on Wikipedia).

Please note that due to tight scheduling and the complexity of this show, casting is dependent on availability; therefore all conflicts MUST be disclosed at the time of audition. Those offered a role will be expected to make this show a priority and be available for all rehearsals after Fringe.

Casting Breakdown
Ragtime features a cross section of performers of all ages, ethnicity, shapes and sizes are encouraged to audition. Ragtime requires an ethnically diverse cast and provides great opportunities for featured and leading roles for African Canadian singers/dancers/actors ages 16+.

Featured roles are available for two Caucasian children (one male, one female) ages 8-13 as well as for other ensemble children and young-adults (15 and under) Children do not have a separate audition date. Please follow all instructions. Children must be at least 8 years old to audition.

PLEASE NOTE: AGES LISTED BELOW ARE AUTHOR’S SUGGESTIONS, AND ARE HOW OLD THE CHARACTER SHOULD READ ONSTAGE; THIS IS NOT A REAL AGE. THE DIRECTOR WILL CAST THE BEST PERSON FOR EACH ROLE REGARDLESS OF AGE.

Also, because race is a thematic cornerstone of Ragtime, many roles will have to be cast along race lines…ie Mother/Father, Younger Brother must read as Caucasian on stage, Sarah/Coalhouse must read as African Canadian on stage etc…The director is seeking the following:

Coalhouse: African Canadian man, early 20s – late 30s. A leading man of power, presence, sexuality, edge, integrity and charisma. Coalhouse has a nobility and a ferocity we discover as his expectations of how he should be treated come into conflict with the reality of the experience of a black man at the turn of the (20th) century. His final resort to violence is the climax of the story. Voice: Powerful, rich baritone with strong high notes. Low Ab – high A.

Sarah: African Canadian. 18 – 30. Lovely, passionate, headstrong, yet innocent, simple and quite shy. Acts on her emotions without thinking. Strong belter (to D) with a good mix. Voice: Low G – high F#. Father: Caucasian, 30 – 45. A salesman; a good, proud, upstanding citizen. Represents the traditional views held by many turn-of-the-century Canadians. After his return from his trip to the Arctic, he feels alienated from his family and his environment; he is baffled and befuddled by the new world. Voice: Baritone with good high notes: low A – high F#.

Younger Brother: Caucasian, 18 – 25. Idealistic and difficult, he searches for a sense of self. Obsessed with Evelyn Nesbit, he becomes embittered and depressed and soon becomes a Young Revolutionary and joins The Coalhouse Gang to fight injustice. Voice: Strong tenor. Low B – high G#.

Little Boy: Caucasian. Seeking actor age 8 – 12 to play age 10. Should be between 4’5″ and 4’10”. Precocious, intelligent, observant and curious, the Little Boy is constantly learning about the world around him. He is prescient —seems to know things before they happen. Actor must have excellent diction! Voice: not yet changed. Middle C up to D (full voice).

Evelyn Nesbit: Caucasian, 20s. Pretty, sexy, self-aware. Needs to be truly funny. The iconic symbol of sex and beauty at the turn of the (20th) century. Soprano.

Willie Conklin: Caucasian, late 20s – mid 30s. Fire Chief Conklin acts hostilely toward Coalhouse, and is ultimately forced out of New Rochelle. Must have a certain amount of joviality and humor, with the menace simmering underneath. Baritone.

Booker T. Washington: African Canadian, early 30s – early 40s. Well-educated orator and leader who preaches friendship and cooperation between whites and blacks as essential to the success of blacks in America. Baritone.