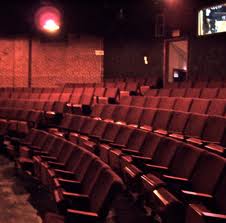 The grass is green, the lilacs are looming, roadwork is everywhere, and this can only mean that spring is nigh and it’s therefore time for the Varscona Theatre Alliance to present our annual fundraising gala. The 5th Annual Crystal Ball will indeed take place on the evening of Saturday, May 19th and this year’s event returns to the Varscona Theatre itself. It’ll be a fun-filled night featuring great food, door prizes, a fantastic silent auction, and sparkling entertainment provided by a terrific line-up of favorite Varscona performers all in support of Shadow Theatre, Teatro La Quindicina, and the Varscona Theatre.

Hosted by Jeff Haslam, and Davina Stewart, the evening promises to be not only entertaining, but informative too. This year’s Crystal Ball patrons will be among the first to hear details of the Varscona Theatre’s exciting upcoming renovations, as we visit with the project’s architect, Allan Partridge of Group Two Architecture. And there’ll be a very special guest appearance by one of the Varscona’s biggest boosters, Mayor Stephen Mandel!

Also on the program are musical performances by Sheri Somerville, Andrea House, Kristi Hansen, Amber Bissonnette, and Shannon Blanchet, among others, with jazzman Josh Mellott presiding at the keyboard throughout the show. Other Shadow and Teatro luminaries on hand for the evening will be Leona Brausen, Coralie Cairns, Belinda Cornish, John Hudson, Stewart Lemoine, and Dame Judy Unwin.

In addition to the entertainment, there’ll be great food, provided by sponsors Packrat Louie, The Next Act, The New Asian Village, and Upper Crust Catering. The ever-popular Silent Auction will feature an amazing array of offerings including original artworks, wine and scotch tastings, spa sessions, restaurant and travel deals, and much, much more! And because not everyone enjoys spending money discreetly, we’ll be bringing back our always-enjoyable and often hair-raising Live Auction, featuring irresistible auctioneers Andrew MacDonald-Smith and Jana O’Connor.

The Crystal Ball 2012: Raising the Roof is on Saturday, May 19th at The Varscona Theatre (10329 83 Avenue). Doors open at 6:30, with the show commencing at 7:30. Food will be served prior to the show and at intermission, with dessert following the entertainment.