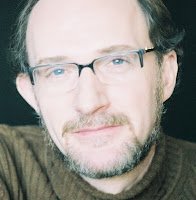 The Banff Playwrights’ Colony at The Banff Centre, one of the most intensive creative experiences for the development of new Canadian plays, has appointed Brian Quirt as director, effective in the spring of 2013.

Currently the artistic director of Toronto-based dramaturgical company Nightswimming, Quirt’s appointment follows the resignation last fall of dramaturge and translator Maureen Labonté, who has been integral to the Colony since 2003, first as resident dramaturge and most recently as co-director. The 2012 Colony will be overseen by Vicki Stroich of Alberta Theatre Projects, along with resident dramaturge Colleen Murphy, and Vern Thiessen, senior playwright-in-residence.

“We’re delighted to have such an exceptional theatre artist as Brian Quirt to follow Maureen LaBonte’s inspired and dedicated leadership for the past nine years,” says Kelly Robinson, director of Theatre Arts at The Banff Centre.”

Founded in 1974 to build on The Banff Centre’s established programs in theatre, the Banff Playwrights’ Colony is a creative residency that brings both emerging and seasoned playwrights together from across Canada to work with dramaturges and a company of actors to develop new work. The program is designed around individual projects, at varying stages of completion, but is primarily centred on text-based play development.

A dramaturge, director, and playwright, Brian Quirt is the founding artistic director of Nightswimming, a Toronto-based dramaturgical company that commissions and develops new works of theatre, dance, and music, and conducts theatrical research. The company has commissioned and premiered plays including Judith Thompson’s Such Creatures, and Bombay Black by Anosh Irani.

Congratulations Brian – from all of us at Theatre Alberta!