Dive into your own creativity. Make your own work. 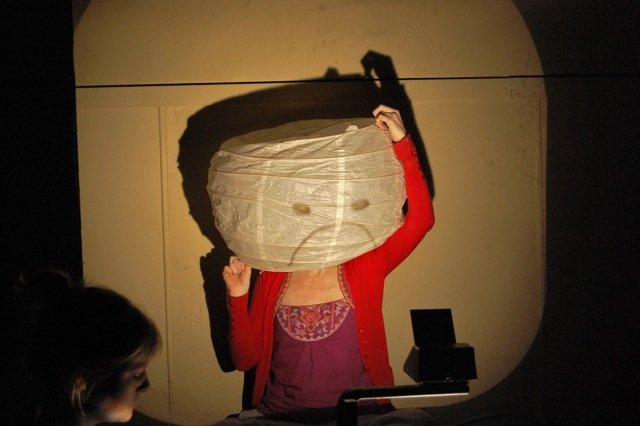 Open to adventurous artists in all media, our intensive will foster an innovative environment where participants will develop, learn and experiment with new tools for creative expression. The intensive demands rigorous participation from individuals through hands-on exercises based on the unique artistic practices Ghost River Theatre is forging in the creation of such shows as Reverie and The Highest Step in the World.

For more information or to apply, contact intensive registrar
Lee Cookson at lcookson@ghostrivertheatre.com
To apply please send your resume and a brief letter of interest via e-mail. You may be contacted for a short telephone interview.

About the instructors:
David van Belle is a Calgary-based playwright, director, and performer with a passion for devised creation. David came to Calgary in 1999 to complete his MFA in directing at the University of Calgary. He then spent seven years as part of the ensemble of One Yellow Rabbit Performance Theatre before leaving to go freelance in 2007.

Recent creations include Buzz Job! The True Story of Cal Cavendish, created with Kris Demeanor, The Invisible Project, a mask-based performance created in residence at Calgary’s largest homeless shelter, The Highest Step in the World, created with Eric Rose, which won the Betty Mitchell Award for Outstanding Production of a Play, and Reverie. He is currently scripting and performing in Ghost River’s newest work, The Last Voyage of Donald Crowhurst (co-produced with Rumble Productions) and devising a collaboratively-created musical, The Chantecler. David is fascinated by people’s lives and the ways in which they live them.

Recent GRT credits include: directing and dramaturging Jason Carnew’s ONE, directing/co-writing The Highest Step in the World and directing/co-creating, Reverie. Eric is currently co-directing/creating a new devised project with GRT and Vancouver’s Rumble Productions titled The Last Voyage of Donald Crowhurst as well as directing/co-writing Once Upon an Atom Bomb with the Green Fools Physical Theatre.