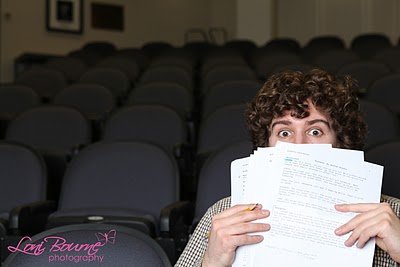 Scripts at Work invites new and emerging central Albertan playwrights to submit original unpublished or produced script(s) to our play competition. Winning scripts will be workshopped by professional dramaturges and directors and performed as part of the Festival of New Plays in April 2012.

About the Competition and Submission Process:
A jury made up of community and literary professionals will select a number of plays for development and winning playwrights will receive professional development from dramaturges and directors from Alberta and a public reading of their work during the Festival of New Plays next April.

Professional dramaturges Conni Massing and Trevor Schmidt will workshop winning scripts. Massing is an award-winning writer for the theatre, film, television and radio. She teaches playwriting at the University of Alberta and previously served as playwright-in-residence at Theatre Network, Playwrights Workshop Montreal and the National Theatre School of Canada.

Schmidt is the artistic director of Northern Light Theatre. He is also a performer, set and costume designer and a published playwright. He has twice received the Sterling Award for new play, and his plays have been produced across Canada and in Australia.

About Scripts at Work:
Scripts at Work is a playwriting series that mentors central Albertan playwrights by providing new play development assistance from professional dramaturges and directors. Through Scripts at Work, playwrights develop new work, build relationships with professionals in the theatre industry, and share their work with audiences through an annual Festival of New Plays in Red Deer. Since 2004, when the series began, Scripts at Work alumni have gone on to work in professional theatre as writers, directors and actors.

Scripts at Work is made possible through the support of the Alberta Foundation for the Arts, the City of Red Deer, Theatre Society and Red Deer College.

For more details about Scripts at Work and full submission guidelines visit www.scriptsatwork.com